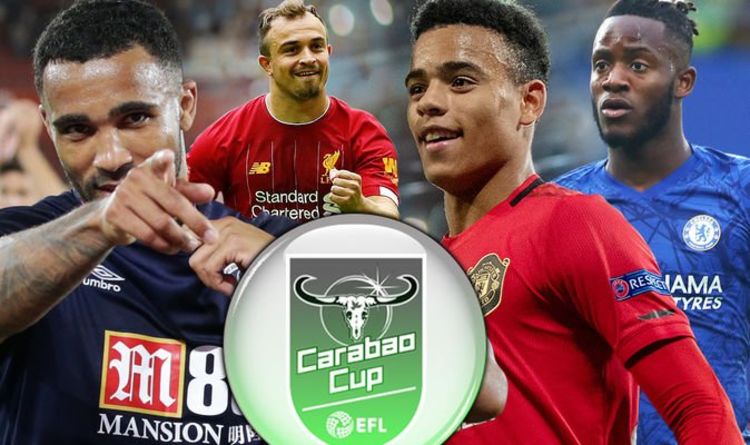 The fourth round draws for the Carabao cup have been concluded on Thursday night and matches will be played September 29 and 30.

Teams involved in European competitions will not get their campaign up until next week but they already have an idea of who their opponents will be.

Manchester United, Liverpool, Chelsea, Arsenal, Tottenham, and defending champions Manchester City will all be joining the competition in the fourth round of the campaign.

Below is the Carabao Cup Fourth Round draw;

Lincoln City or Liverpool vs Leicester City or Arsenal
Millwall or Burnley vs Manchester City or Bournemouth
West Brom or Brentford vs Fulham or Sheffield Wednesday
Fleetwood Town or Everton vs West Ham Utd or Hull City
Bristol City or Aston Villa vs Stoke or Gillingham
Leyton Orient or Tottenham vs Chelsea or Barnsley
Newport or Watford vs Morecambe or Newcastle
Preston or Brighton vs Luton or Man Utd.