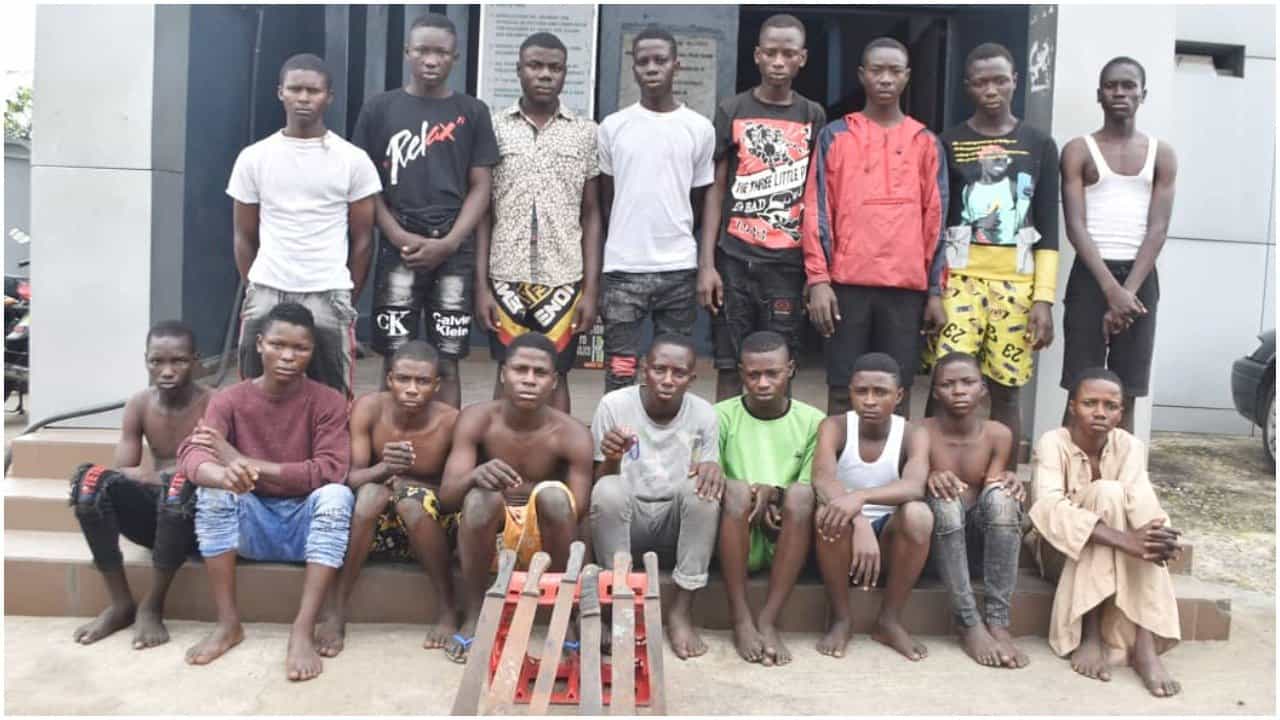 The Lagos State Police Command has released names of seventeen youth men arrested for allegedly causing unrest among residents of the state.

Naija News understands that the suspects were believed to have been responsible for repeatedly attacking, harassing and dispossessing members of the public of their belongings around Amosun, Zion, Mosalasi and Ikale Street in Sasi Iganmu area of Lagos State, with dangerous arms.

Confirming their arrest, the Lagos State Police Public Relations Officer (PPRO), SP Olumuyiwa Adejobi (mnipr), in a statement made available to newsmen on Monday, September 14 noted that the force’s operation which led to the arrest of the hoodlums was “in its bid to raid cultism, hooliganism, and violent crimes and neutralize various groups of deadly armed hoodlums, cultists and miscreants, who are fond of causing pains and agonies to innocent residents, especially, Lagosians, within the State.

The statement reads: “Premised on the Lagos State Police Command’s proactive measures to curbing crimes, the Police operatives attached to Orile Division of the Command, on Monday 14th September 2020, arrested 17(seventeen) armed hoodlums, who were attacking, harassing and dispossessing members of the public of their belongings around Amosun, Zion, Mosalasi and Ikale Street in Sasi Iganmu area of Lagos State, with dangerous weapons.”

The statement, however, noted that based on the preliminary findings by the force command, the suspects have not been linked yet to any of the existing cult groups in the state, “but have various factions that foment troubles, engage in crimes and social vices and free-for-all in the areas.”

On his part, while reaffirming his zero tolerance for cultism and other social vices in the state, the Commissioner of Police, Lagos State Command, CP Hakeem Odumosu, ordered the suspects to be profiled, investigated and charged to court without any delay in order to nip their criminal potentials and tendencies in the bud.

Odumosu further assured citizens in the state of the police determination to end criminal activities in the state.

Below are the names of the arrested suspects: