Bisi Alimi has taken to his Twitter to advise gay men on what to do when they like a straight man.

He further advised straight men on  how to handle propositions from gay men. 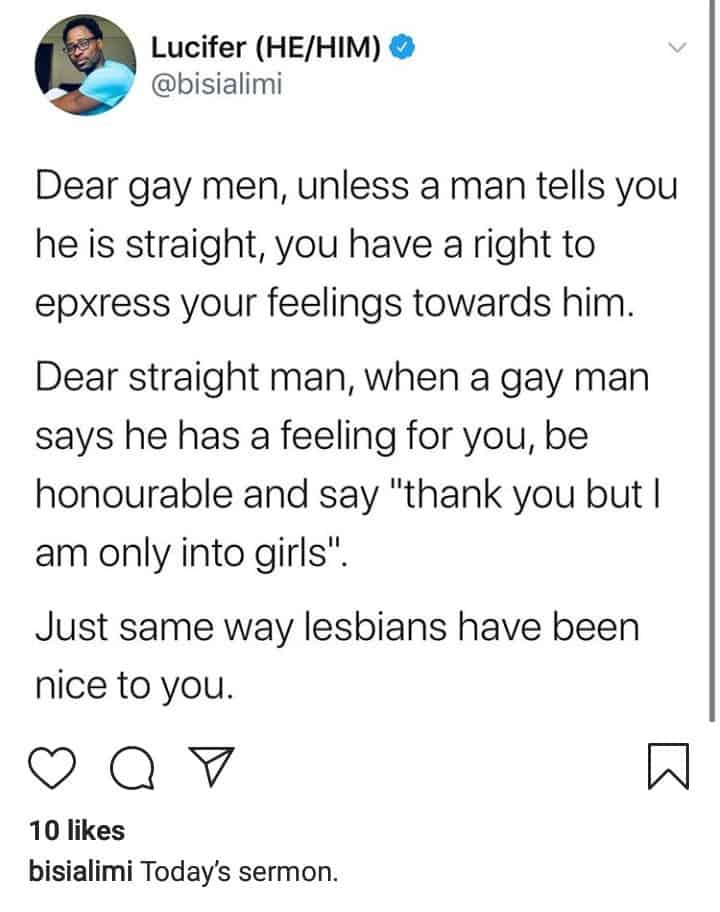 Related Topics:Bisi Alimi
Up Next