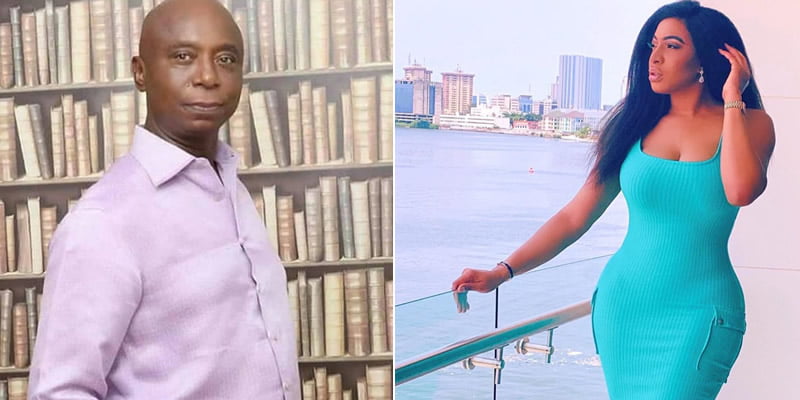 The rumour came off a viral video in which it was alleged that Regina Daniels’ mother, Rita threatened to go spiritual if Chika Ike does not stop trying to snatch her daughter’s husband.

Replying a fan who cared enough to ask her if the rumours were true, the 34 year old actress replied saying she can never.

According to Chika, she can never ever become anyone’s 7th wife.

Recall that in the video that went viral over the weekend, it was mentioned that Chika Ike was in a relationship with Ned before he got married to Regina Daniels. 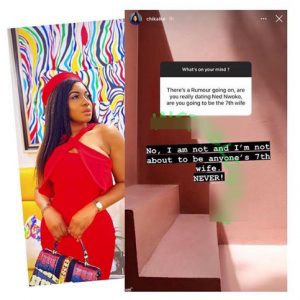