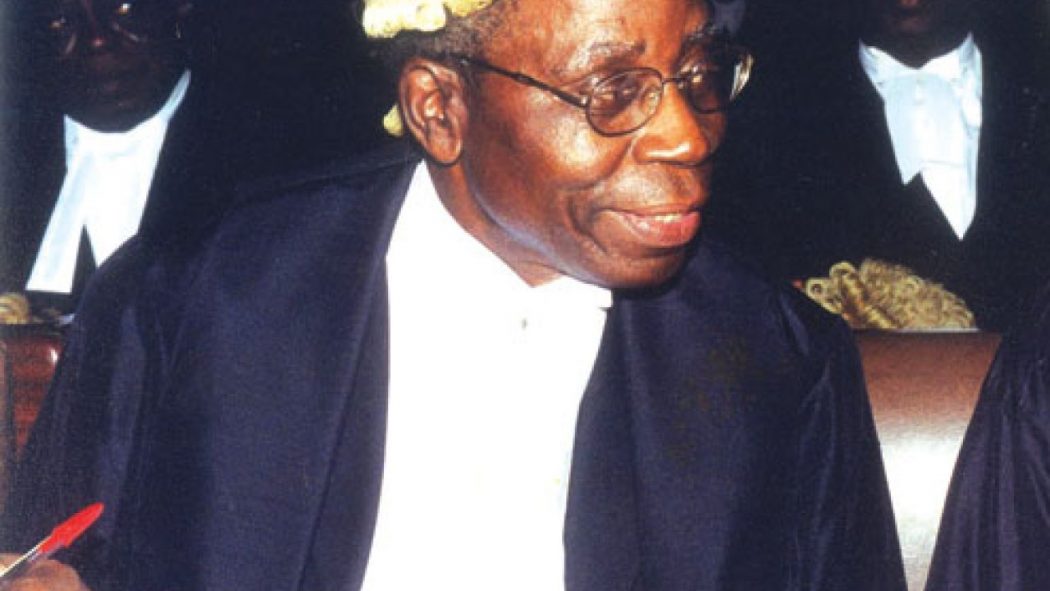 Barely 19 years after the death of former Attorney General of the Federation and Minister of Justice to Nigeria, Chief Bola Ige (SAN), his son, Muyiwa Ige alleged that the late AGF was murdered as a result of envy.

It could be recalled Ige was killed at his apartment in Bodija, Ibadan, Oyo State capital on December 23, 2001. The late AGF who also serves as the Deputy National leader of Afenifere, a pan Yoruba socio-cultural organisation, was assassinated at age 71, Naija News recalls.

Speaking on Sunday, September 13 during the 90th posthumous birth anniversary of late Bola Ige, held at the St. Anne’s Church, Molete, Ibadan, Muyiwa who is a former Commissioner for Lands and Physical Planning in Osun State, stated that his father’s assailants shall “continually be hunted by their evil deeds”.

According to Muyiwa, His late father “bequeathed legacies of selfless service, good leadership, integrity, honesty, and commitment to the plight of common men to his children and loyalists.”

He recalled also that his father, at age 29, was on the global platform with the late Martin Luther King Jnr. in Athens, Ohio in 1959, moving the motion for the blacks to be able to exercise their voting right in America.

“My father really loved young people. He also believed in the emancipation of the common man and elevating young people. A lot of his peers didn’t like him for that because they could not understand the young people,” Muyiwa stated.

He added, “But, that was the essence of Bola Ige, and it was part of the envy that ate into the souls of some of those who didn’t like him. Nonetheless, that was their problem. Bola Ige came to this world, did his bit, and his legacy lives on.”

Comparing past and present leadership of the nation, Muyiwa lamented at “the gradual slide of good governance” in the country.

“Now, you can’t even differentiate between A and B. There is cross-carpeting every day. Consistency is not there,” he

“We need to go back and study what they did well in their days and ensure that there is a vibrant mentoring programme, especially for our youths. There are great leaders out there that we can still point to that can support young people,” he stated.

In another news, a former Ekiti Governor, Ayodele Fayose, has backed former President Olusegun Obasanjo in tackling the administration of President Muhammadu Buhari.

Speaking while delivering a speech titled “Moving Nigeria away from tipping over” at a consultative dialogue in Abuja, Nigeria’s capital,  Obasanjo said he had never seen Nigeria so divided, adding that many of the problems plaguing the country today were due to the recent mismanagement of Nigeria’s diversity.