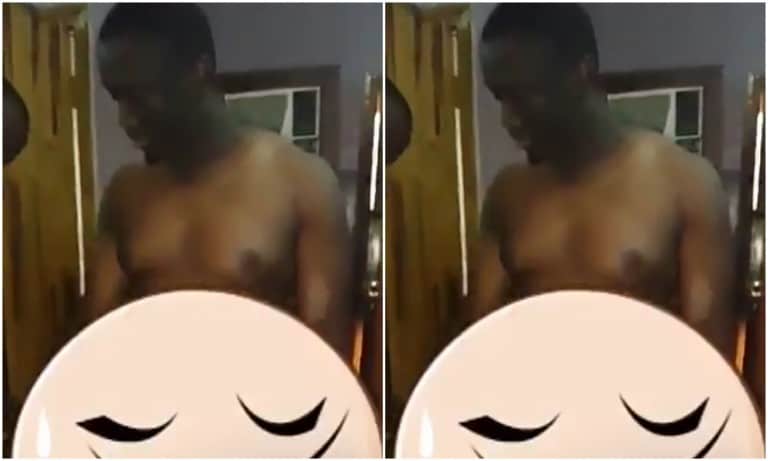 The Nigeria Government over the years has been advocating against sex for grade in Tertiary Institutions which has become the order of the day.

However, the call by prominent individuals in the country has fell on the deaf ear of sexual predators.

Just on Wednesday, two lecturers of the Imo State University were caught in a sex-for-grade scandal as they are caught pants down having sex with one of their students.

Further information gathered revealed that Agomuo was caught nude in a video which has since gone viral while trying to have sex with one of his students a hotel room.

It was reported that the student had agreed to the arrangement with the lecturer despite paying N150,000 bribe, she, however, reported to the police who came with her to the hotel and raided the room with an arrest warrant when Agomuo was naked and handcuffed him while he was still naked.

Prof. Njoku in another video was caught touching himself after having carnal knowledge of one of his students who then recorded him without his knowledge.