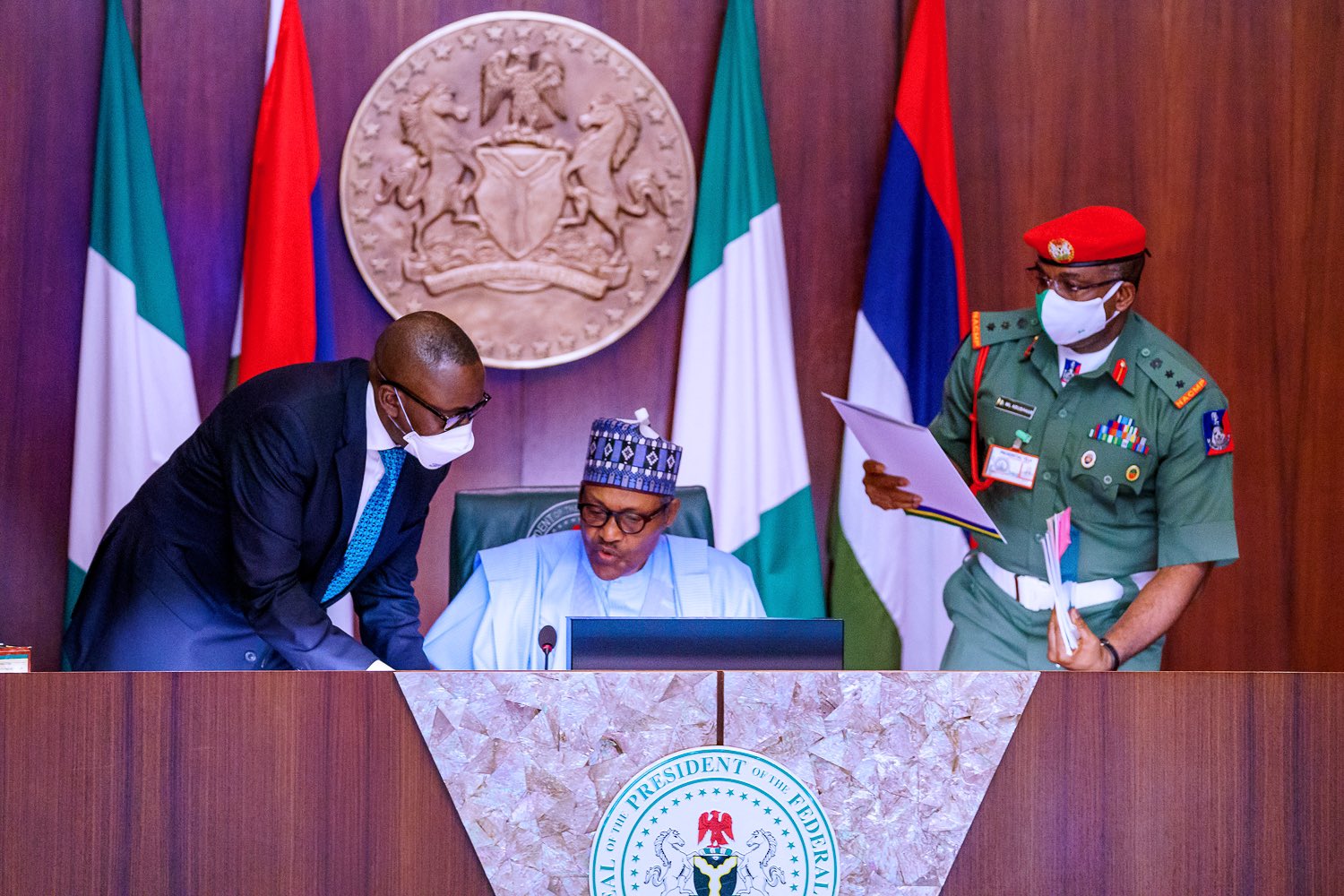 Vice President, Yemi Osinbajo is absent at the National Food Security Council meeting holding  at the Council Chambers of the State House, Abuja

Naija News understands that President Muhammadu Buhari is  presiding over the meeting with six out of the seven governor-members, and other senior government functionaries in attendance.

This online media learnt that the absence of the Vice president who is Chairman of the Council, is connected to the fact that he is chairing another meeting within the State House.

However, delivering the keynote speech at the Council’s meeting, Chief of Staff to the President, Professor Gambari, observed that the general concerns over rising prices of food grains had been allayed by operators of the markets, who had informed the Council that the prices are declining already.

According to him, the most prevailing concern among the market leaders are the need for better coordination, synergy and cooperation across the sector, the lack of which that had claimed were responsible for the widespread misinformation and nationwide speculation.

Governors at the event include Alhaji Atiku Bagudu of Kebbi State, who is also the Vice Chairman of the Council; Mr Babajide Sanwo-Olu of Lagos; Alhaja Mohammed Badaru Abubakar of Jigawa; Simon Lalong of Plateau; Darius Ishaku of Taraba; and Dave Umahi of Ebonyi.