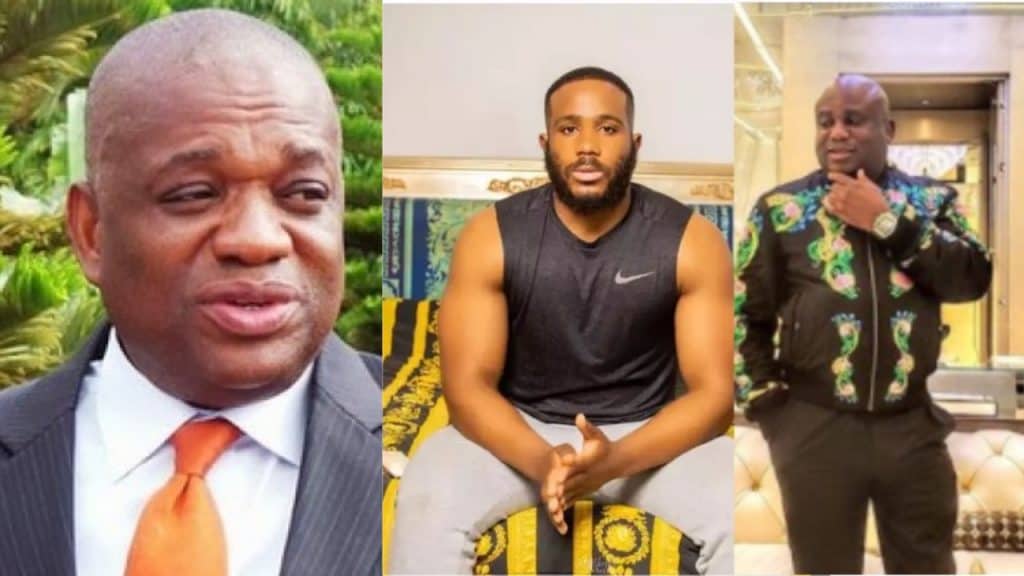 Terry Waya, the father to Big Brother Naija Housemate, Kiddwaya has revealed what former Governor of Abia State, Orji Uzor Kalu, did for his son.

He stated this during an Instagram live session with Dele Momodu.

Terry Waya noted that the lawmaker helped Kiddwaya leave the NYSC orientation camp when he was posted for youth service in Abia State.

He, however, disclosed that he was angry when he heard Kiddwaya was going to the camp everyday from Orji Kalu’s house.

According to him, he ordered that Kiddwaya be taken back to the orientation camp and allowed to sleep there for the remaining days in order to experience the life.

Terry Waya said: “When my son was posted to Abia State, Orji Kalu who is my really close friend took it upon himself to cater for him.

“He took Kiddwaya away from the orientation camp to his house and had him going from his house daily to the camp.

“When I found out, I was angry and told the camp coordinator in charge then to return Kiddwaya to the orientation camp in order for him to experience life there.”