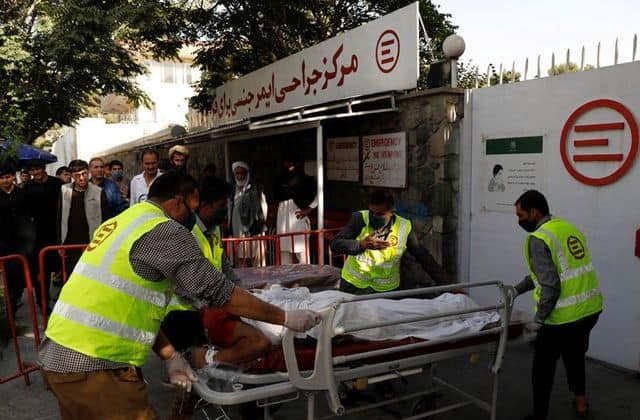 First Afghanistan’s Vice President, Amrullah Saleh reportedly escaped death on Wednesday, September 9 after a bomb exploded in Kabul, the capital and largest city of the country.

Naija News learnt that about 10 persons were killed in the horrible roadside bomb blast while others were left with severe injuries.

In a video recently released to the public domain, Saleh noted that he sustained minor wounds during the incident while some of his bodyguards were severely wounded.

He said, “I am fine but some of my guards have been wounded. My son, who was in the car with me, and I are both fine. I have some burns on my face and hand. The blast was strong.”

Naija News understands that Saleh has survived several assassination attempts, including one on his office in 2019.

Reacting on the event, Javid Faisal, National Security Council spokesman in a tweet said that the attacks “won’t weaken our resolve for a lasting and dignified peace in Afghanistan.”

Also reacting to the development, the European Union delegation in Afghanistan condemned the development saying, “This is an attack on the Republic and desperate act by spoilers of peace efforts, who must be collectively confronted,”

Watch Videos of the Bomb blast below;