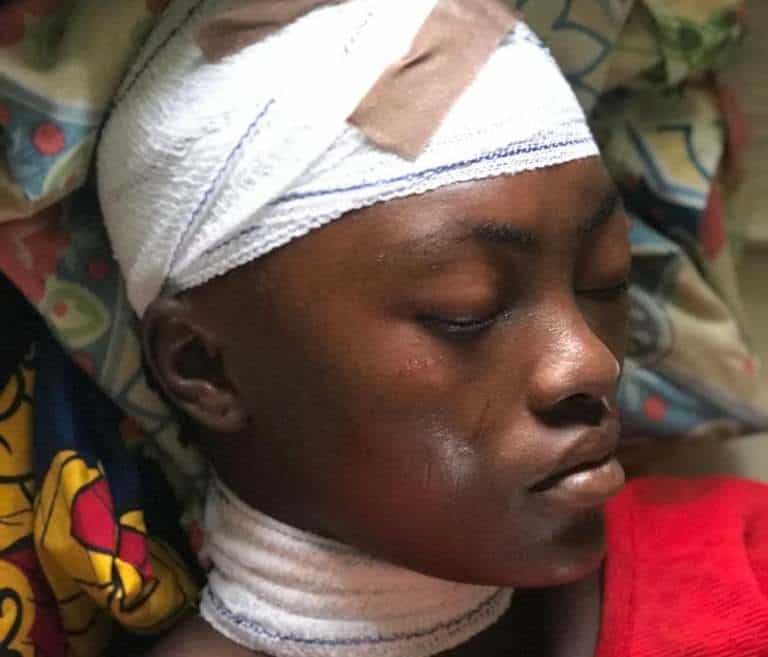 One Mr Anthony Edijala, 39, a resident in Delta has reportedly struck his woman with an axe after observing some changes on his manhood.

According to the report, the mother of two whose name is given as Augustina Jowho Broma is currently battling for her life after she was axed on the head by the man who she had two children with.

Naija News learnt that the trouble started after the woman who is said to be in her early 30s was accused by her baby daddy of using mysterious powers to shrink his manhood.

According to Edijala, his penis used to be bigger than its current size but began to reduce after they both separated.

It was reported that Edijala had visited Augustina’s shop to check on his children but they engaged in an argument. The argument, however, gets bitter that the suspect allegedly grabbed an axe and struck his baby mama on the head and spine, almost killing her.

Naija News, however, learnt that an angry mob attacked Edijala and beat him to a pulp for his actions. It was reported that the mob almost took his life but for the timely intervention of some policemen who rushed to the scene

Anthony has since been arrested by the police. Reacting to the incident, a brother to the victim, Felix Broma disclosed that his sister was rushed to the General Hospital, Ughelli, where she underwent surgery.

“She is still in the hospital and there are fears she may suffer partial paralysis,” he said.

Meanwhile, a mother of three, Shukurat Adewumi has accused her husband of forcing her to abort pregnancy 15 times within the space of their relationship, Naija News reports.