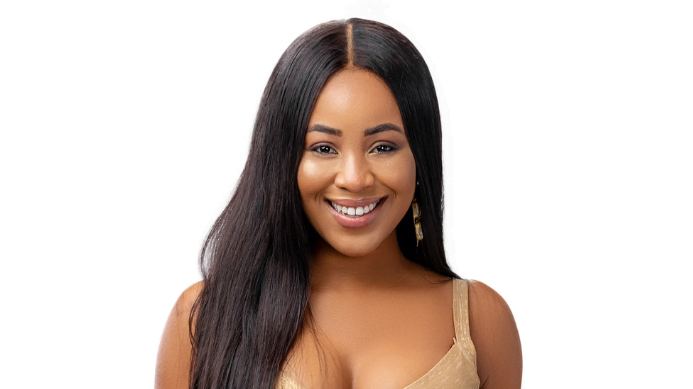 This online news recalls that Erica’s fans set up a Gofundme account with a target of $100,000 to appease the disqualified reality star but the move did go well with some Nigerians viewers especially those who praised Biggie for the decision to disqualify Erica.

The disqualified BBNaija season five housemate who was denied interviews from the organisers of the show took to her Instagram page on Monday to thank her fans for their support. In a post shared on her Instagram story, Erica was seen in a black dress surrounded by bodyguards.

Erica uploaded a picture on Instagram with the caption, “Love you all Erica Elites. Thank you for your unwavering support. Star girl Erica!” 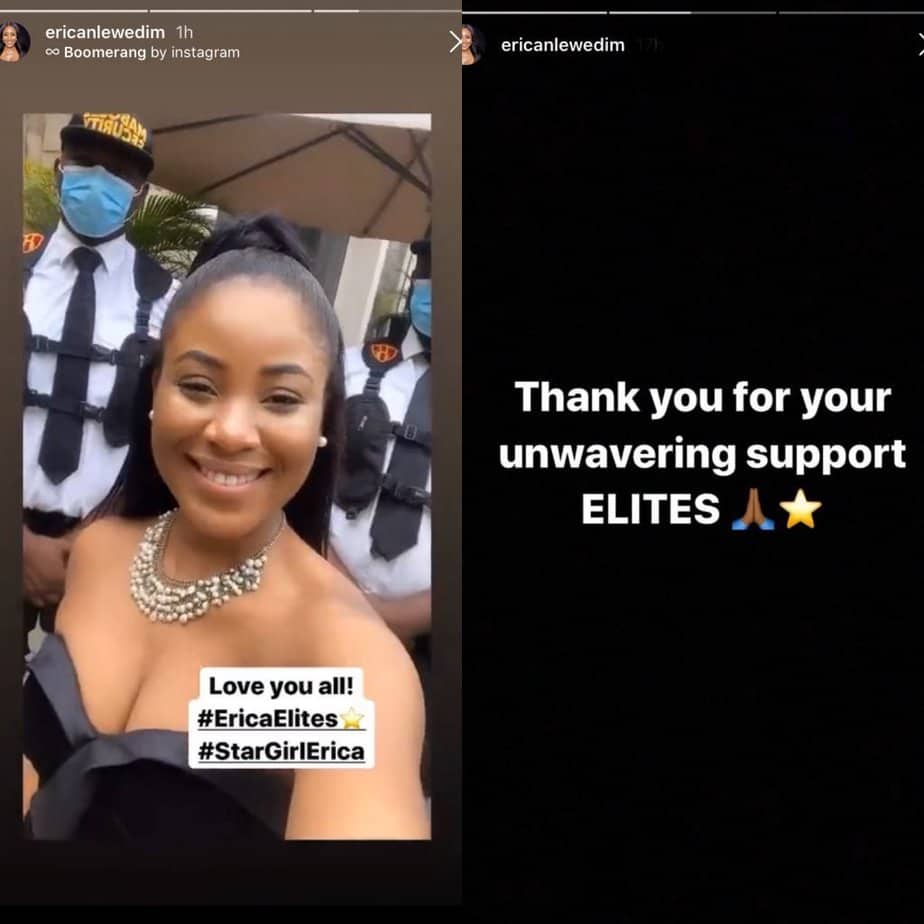