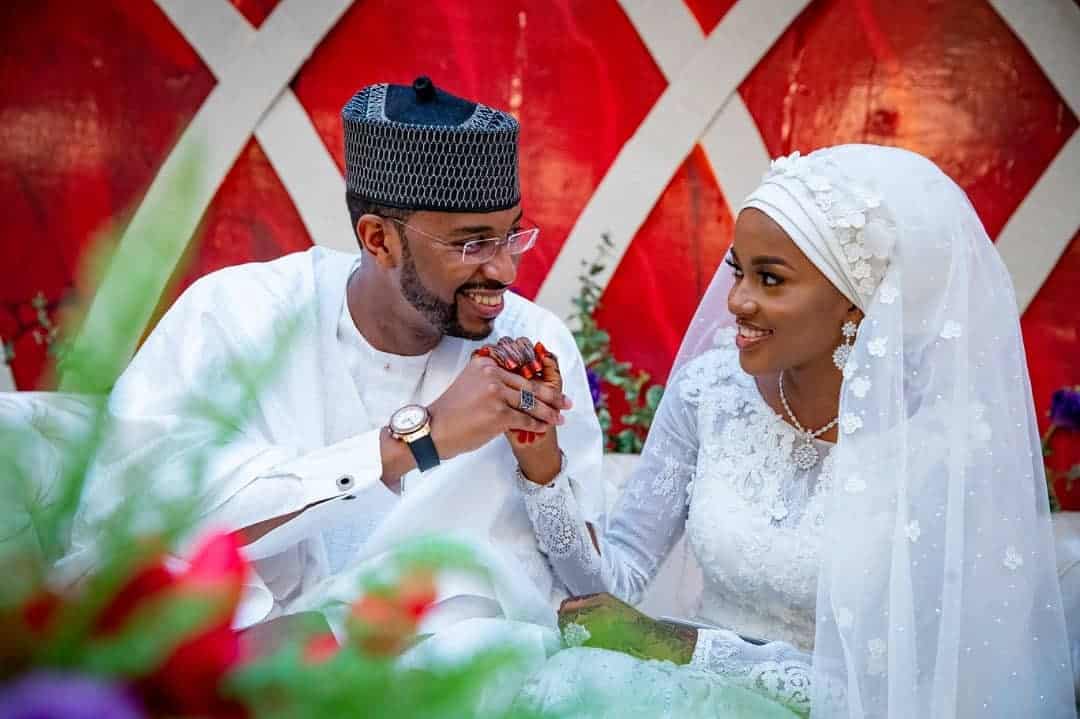 Hanan Buhari, one of the daughters of President Muhammadu Buhari, and First Lady Aisha Buhari recently got married to her lover, Mohammed Turad Sha’aban.

Naija News recalls the wedding held on Friday, 4th September 2020 at a private ceremony at the Aso Rock Villa, Abuja.

The ceremony, which was reportedly strictly on invitation, was conducted in the courtyard of the Villa, away from the eye of the media.

The 22-year-old daughter of the president, married  Muhammed Turad who is a special adviser to the former governor of Lagos State and now Minister of Works, Babatunde Fashola.

READ ALSO  Why Buhari, APC Governors, Others Are Meeting In Plateau

Turad is also the son to a former lawmaker, Alhaji Mahmud Sani Sha’aban, who represented Zaria in the House of Representatives from May 2003 to May 2007.

Many dignitaries including the Vice President, Yemi Osinbajo and his wife, Ministers, Governors, heads of the legislative and judicial arms of government as well as many other top government functionaries attended the event.

Some stunning pictures from the pre-wedding event, as well as the wedding ceremony had been in circulation and this online media has now obtained a short video clip of the ceremony.