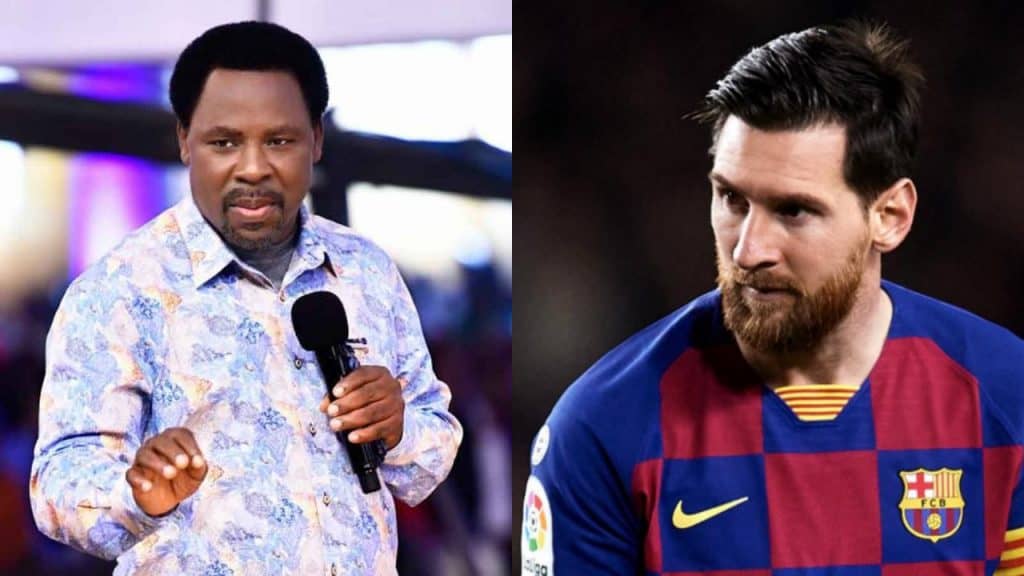 Barcelona Captain, Lionel Messi has been advised by Prophet T.B Joshua of the Synagogue Church of All Nations, SCOAN, against leaving Camp Nou amid interest from Manchester City.

The La Liga giant are battling to keep the Argentina international as he pushes for a free transfer to reunite with his former manager, Pep Guardiola, at Man City.

Messi’s release clause will have to be paid if he is to leave Barcelona this summer.

The 33-year-old wanted to leave the club as a free agent during the summer transfer window.

Messi who informed the club of his plan to leave missed the club’s training on Monday and Tuesday as he no longer considers himself a part of Ronald Koeman’s squad.

His father and representative, Jorge, arrived at Barcelona on Wednesday morning to meet with the Barcelona chiefs, including, president Josep Maria Bartomeu to discuss his son’s future

Reacting to the development, TB Joshua, in a tweet via his official Twitter handle, urged Messi not to leave the Barcelona bitter and offended.