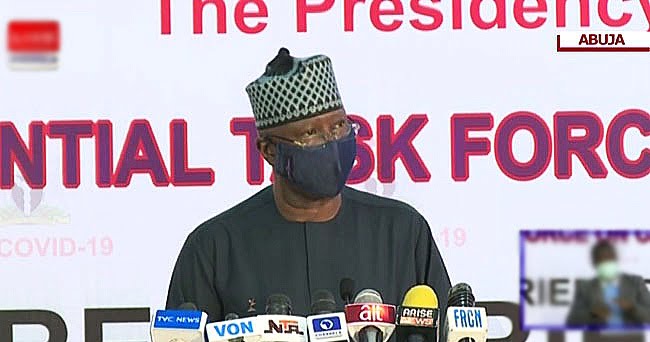 The Minister of State for Education, Chukwuemeka Nwajiuba, on Monday noted that discussion on resumption of schools in the country is still ongoing.

The Minister stated this while speaking at the daily briefing of the Presidential TaskF Force on COVID-19 on Monday in Abuja.

Nwajiuba further stated that the Federal Government has received feedback from all universities on its preparedness to resume school.

He said, “On resumption of schools, discussion is still ongoing.”

“We have received feedbacks from all universities on their states of preparedness.”

“These are being tabled before the PTF.” he added.

Meanwhile, the Secretary to the Government of the Federation, Boss Mustapha, on Monday warned state governments who have announced reopening of schools in their States.

Mustapha said that as the nation plans to reopen more sectors, everybody must stick with the winning strategy, which is anchored on the ability of Nigeria’s health organizations to contain the COVID-19.