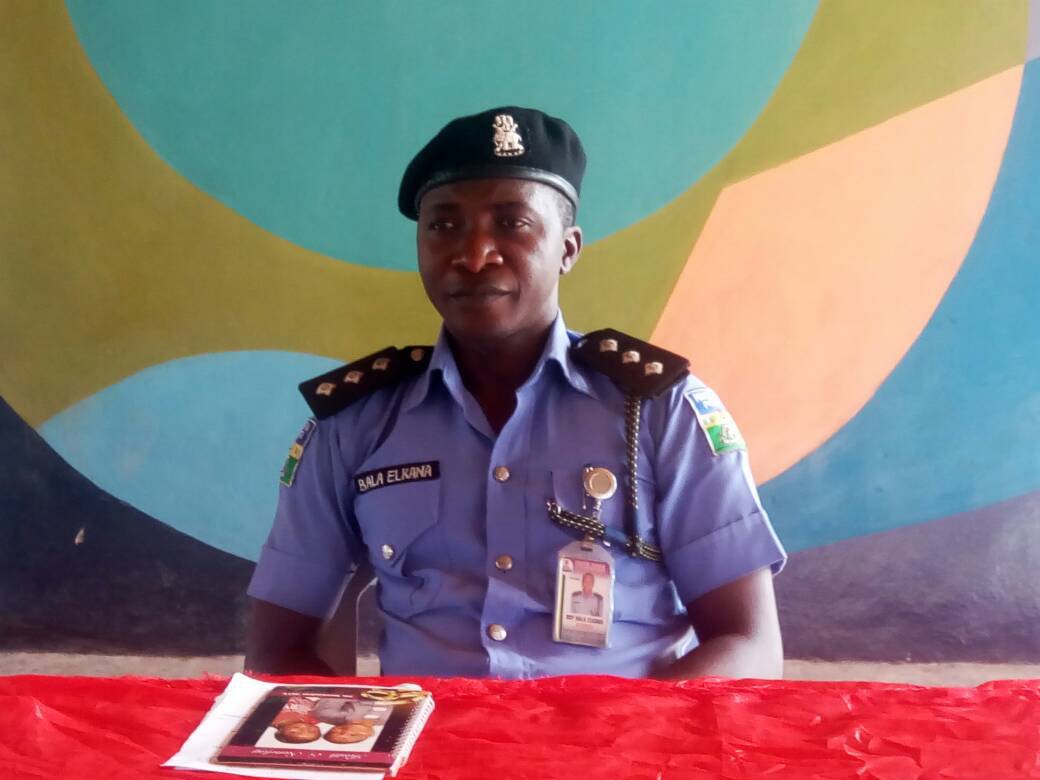 A fight between two tenants of a house in the Grammar School area of Ikorodu, Lagos State has resulted in casualties after one was accused of having an affair with a co-tenant’s wife.

According to the report, one Stanley Dickson who is a resident of the said apartment was killed by a co-tenant identified as Adekunle Adeyemi, who has reportedly gone into hiding after the incident.

It was reported that Stanley had accused Adekunle of having an affair with the wife of his neighbour, Arinze Onuoha.

Upon receiving the report, Onuoha reportedly confronted Adekunle and battle in words over the matter, but Stanley, who informed Onuoha of the alleged affair with his wife, Chisom, was not at home, Naija News learnt.

Not comfortable with the event, Adekunle was said to have threatened to confront Stanley with the accusation on his return from work in the evening. Narrating the event, a resident of the area, Ibidunni Adegoke, disclosed that during a visit to the area on Sunday, Adekunle and Stanley after returning from work in the evening had a confrontation, which degenerated into a fight, adding that when the fight broke out, Adekunle allegedly stabbed Stanley to death.

She said, “The victim (Stanley) went to report his neighbour’s wife, Chisom, to her mother-in-law that another neighbour, Adekunle, was having sexual relations with her. From what we gathered, all of them live in the same building and Adekunle had been assisting Chismo with money to feed her family whenever her husband, Arinze, did not provide money for them to feed.

“So, because of that, he concluded that they were in a relationship and went ahead to inform Arinze’s mother. When Arinze was informed, he had a shouting match with Adekunle, who later got to know that Stanley was the person, who accused him of having an affair with the woman. So, Adekunle left for work but promised to have a word with Stanley when he returned.”

“In the evening, when both of them had returned from work, an argument ensued between Adekunle and Stanley and it degenerated into a fight. When Adekunle was overpowering Stanley, the latter instructed his wife in Igbo language her to bring a knife, which he used in stabbing Adekunle’s leg. Adekunle later dispossessed him of the knife and used it to stab Stanley in the chest. After stabbing him, he pinned Stanley to the ground until he died.”

Confirming the fight, another resident, Omotola Aderibigbe, said the fight broke out in Stanley’s room, noting that he was killed, Adekunle took to his heels and other residents, who were afraid of being arrested in connection with the incident, also fled the home.

“The fight happened around 2am; so, when Adekunle realised that Stanley had died, he came out of the room, threatened everyone not to move close to him, instructed his wife to help him get something and fled from home. It was people in the area who informed the police and when they came, they arrested Adekunle’s wife and took the corpse away,” Aderibigbe revealed.

“Other residents have deserted the house because all of them are scared because of what happened.”

On his part, the state Police Public Relations Officer, Bala Elkana, when reacting to the incident said the case had been transferred to the State Criminal Investigation and Intelligence Department, Panti, Yaba, for discreet investigation, adding that a manhunt had been launched for Adekunle.

He stated, “On July 30, 2020, around 1.30pm, one Glory Dickson of No. 9 Red Block Street, Grammar School area of Ikorodu, Lagos, came to the charge room and reported that a neighbour, Adekunle Adeyemi, came to their room to challenge her husband, Stanley Dickson, that he told one Arinze Onuoha, a co-tenant, that he was having an affair with his wife, Chisom Onuoha.

“This led to an argument and in the process, the said Adekunle Adeyemi stabbed her husband with a knife in the left side of his chest. The victim was rushed to the Ikorodu General Hospital by sympathisers, where he was pronounced dead. The body was brought back home. A team of detectives led by the DCO, DSP Uzoma Martins, moved to the scene and the victim was found dead on the floor of his apartment. The entire compound has been deserted.”

“On observation of the victim, marks of violence were seen on the left side of his chest; the corpse was evacuated to the Ikorodu General Hospital’s mortuary for autopsy and one Mariam Ismail, 30, partner of the suspected murderer, is assisting in the investigation. The case has been transferred to the Homicide Section, SCIID, Panti, for further investigation and we have launched a manhunt for the suspect.”