Organizers of Big Brother Naija (BBNaija) have released the details of how viewers voted for housemates in Sunday’s eviction show.

Naija News had earlier reported that TolaniBaj, Wathoni and Brighto were the housemates sent home from the reality TV show.

All housemates aside from the Head of House (HOH), Ozo and his deputy, Nengi, were up for eviction as biggie made use of viewers vote to evict the housemates.

The fight for a chance to go home with the N85m grand prize which is up for grabs by the eventual winner of the show is still ongoing as Nigerians jostle to keep their favourites housemates in Biggie’s house.

Below is the breakdown of how the BBNaija housemates were voted for by their fans. 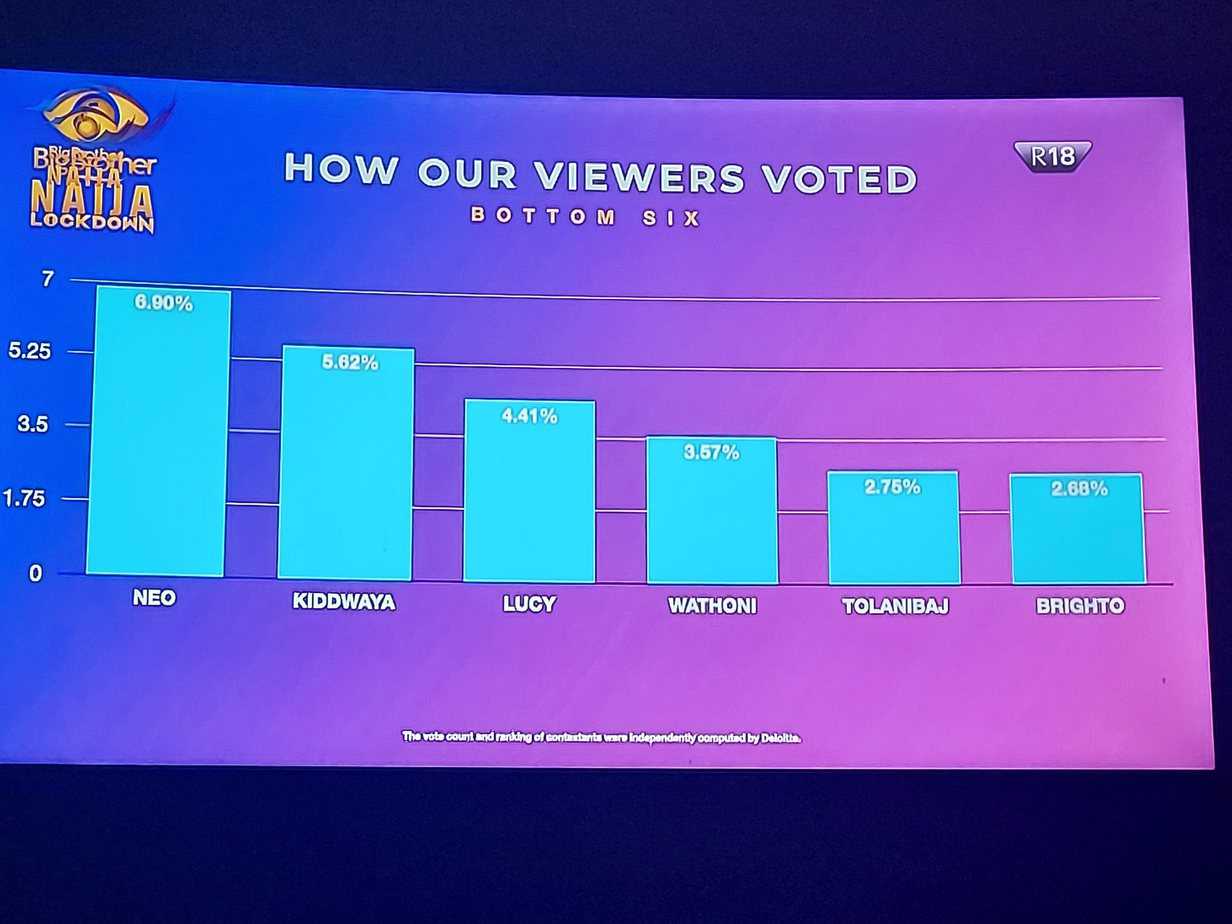