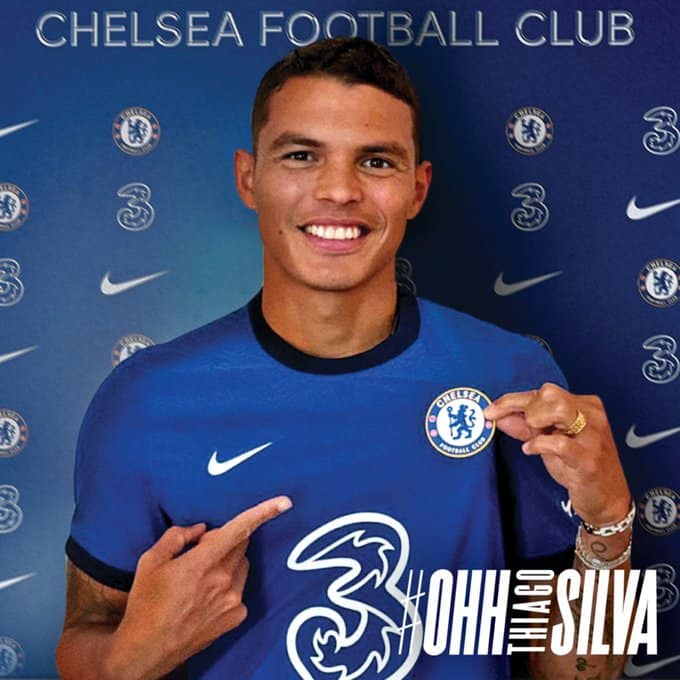 The deal was confirmed on Friday via a tweet from the official twitter account of Chelsea football club including a picture of the player in the club’s shirt.

The 35-year-old center-back joins the English club on a free transfer and becomes the sixth summer signing for the blues who had earlier completed deals for Hakim Ziyech, Timo Werner, Ben Chilwell, Malang Sarr, and Xavier Mbuyamba.

Silva spent eight years with PSG during which time he won seven Ligue 1 titles, and now moves to the Premier League with Chelsea for a new experience.