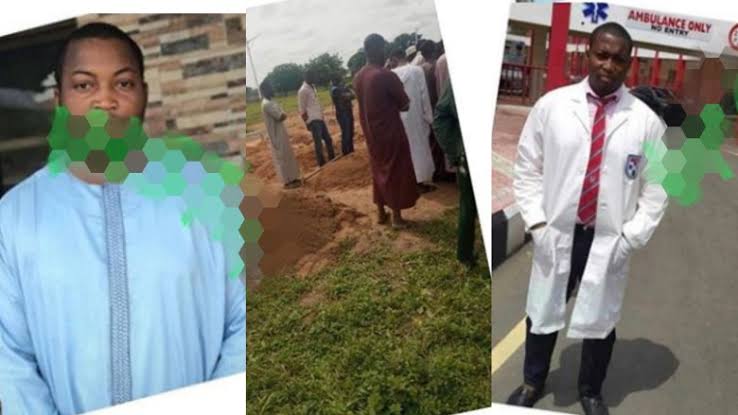 The report reaching Naija News at this time confirmed that the 25-year-old medical personnel, Dr Ahmad Deedat took his own life suicide at his apartment in Minna, the capital city of Niger on Wednesday, August 26.

Deedat’s reason for ending his life remained unknown as at the time this report was given.

Naija News gathered that Dr Deedat had his qualifications abroad and only returned home to do his horsemanship. Findings revealed that he drank a poisonous substance and died.
An incident that left his family and colleagues in tears since Wednesday.

He has been buried according to Islamic rites since yesterday, the report revealed.