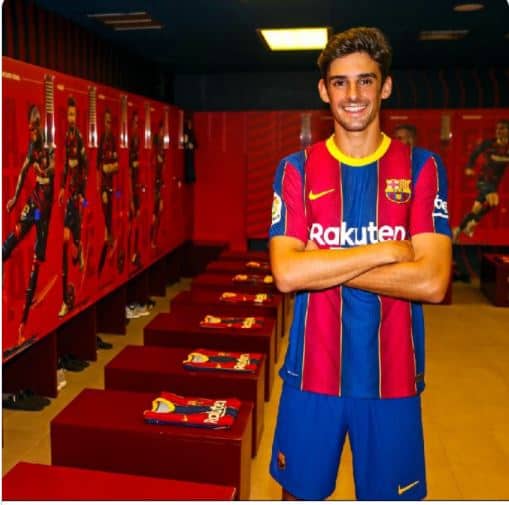 The 20-year-old forward arrives from Sporting Braga in a deal worth around €30million.

“I can play in all of the forward positions.

“I will do what I can to fulfil the role the coach wants of me,” Trincao said in a video uploaded on the club’s social media platforms.

The LaLiga club had agreed on the deal with the Portuguese club back in January 2020.

? Trincao sends a message to all the #culers pic.twitter.com/hfHygu9GJM

Trincao came through the youth academy at Braga and made his first-team debut at the end of 2018.

This comes barely 24 hours after Lionel Messi faxed Barca, making it clear that he wants to quit this summer.