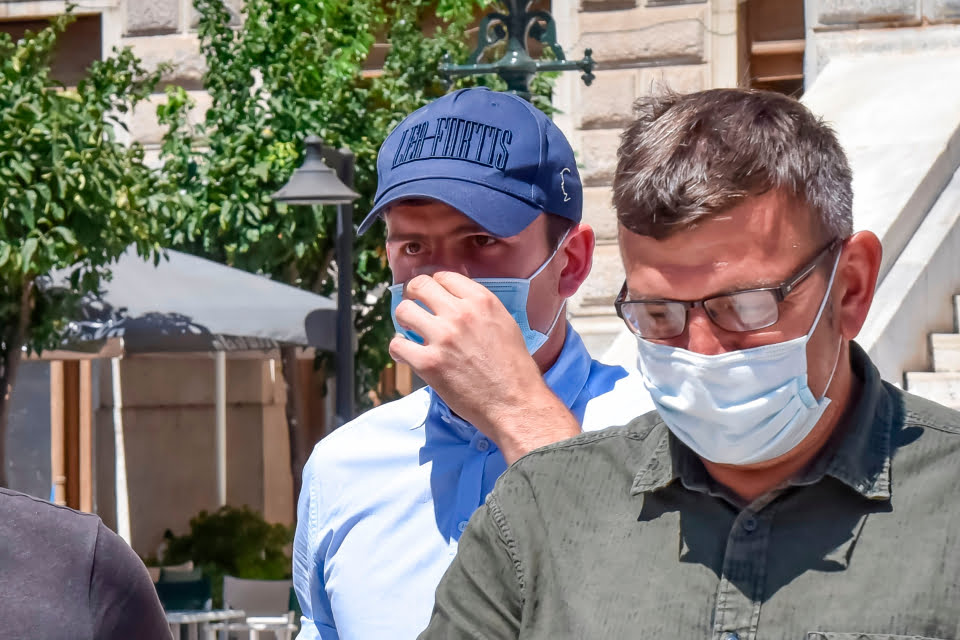 A criminal court on the Greek Island of Syros has found Manchester United captain Harry Maguire of aggravated assault, resisting arrest and repeated attempts of bribery.

He was sentenced to 21-months and ten days suspended prison sentence on assault charges by the court in Greece.

According to foreign media, Maguire’s lawyers raised procedural issues which could lead to the trial being postponed.

United’s captain was however absent from his trial after leaving the Cyclade during the weekend.

Recall that the world record defender last week arrested on the Greek island of Mykonos for allegedly attacking police following a fight outside a bar.

Ole Gunnar Solskjaer’s squad have been given two weeks off following their exit from the Europa League at the hands of Sevilla last weekend.

The 27-year-old defender is in Mykonos on holiday with his girlfriend Fern Hawkins, and was involved in an altercation with other British tourists last night. When the officers tried to intervene, three men including the England international allegedly fought back physically and verbally while resisting arrest.

As a result, the three were detained in the early hours of Friday August 21, and led away in handcuffs, according to Mail Online.

Manchester United have commented and a statement read: “The club is aware of an alleged incident involving Harry Maguire in Mykonos last night.

“Contact has been made with Harry, and he is fully co-operating with the Greek authorities.

“At this time we will be making no further comment.”