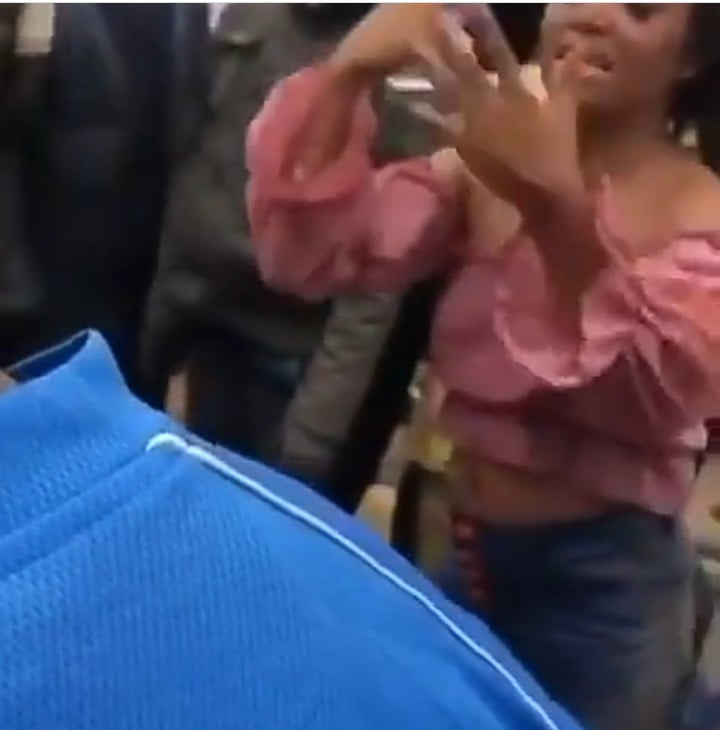 There was mild drama after a crowd gathered to watch a female a LAUTECH student who allegedly ran mad and jumped off a bike in Ado-Ekiti, Ekiti State.

She however mentioned that she is from Ogbomoso, adding that she is a student of Lautech (Ladoke Akintola University of Technology).

She added that she doesn’t known anyone around, as she seemed really careful.

Worse still, she didnt know where her bag was.

At one point, she walks to kneel in front of a man, who grabs her head, as though trying to cast out a demon.

She further said something about being raped

A crowd gathered after a LAUTECH student starteto act strangely and jumped off a bike in Ado-Ekiti, Ekiti State. . In a video making the rounds, the woman is seen giving incoherent answers to questions from the people who gathered to watch her with interest. . She mentioned that she's from Ogbomosho and that she's a student of LAUTECH. . She seemed confused as she looked around and said she doesn't know anyone around there. She also couldn't tell where her bag was. . At one point, she goes to a man and kneels before him as he grabs her head, as though trying to cast out a demon. . The woman also said something about being raped. . Reactions to the video suggest the woman must be high on drugs, not mentally unstable.