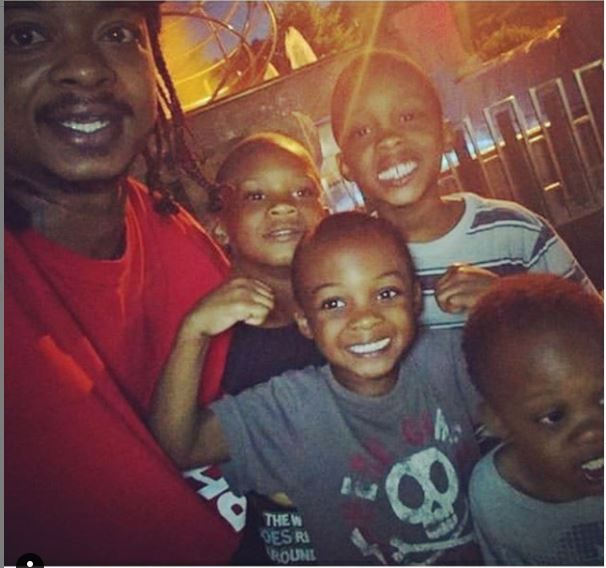 A  video of a black father that was shot dead seven different times in front of his children has surfaced online .

Naija News understands that the unarmed father of three kid was shot by two police officer  as he tries to walk to a gray van and opens the driver’s side door to get inside.

One of the police officers then grabs him by the back of his shirt and shoot him multiple times at close range. At least seven shots could be heard, though it was unclear if more than one officer fired.

Local reports indicate that Blake’s children were inside the SUV and watched as their father was gunned down. A fusillade can be heard, followed by a car horn, and bystanders screaming.

Several witnesses said the incident happened after cops were called to the scene due to a domestic dispute and Blake was only trying to break up a fight between two women outside a nearby home, according to Kenosha News.

Rioting and protests erupted in the wake of the shooting as the County of Kenosha declared a state of emergency and a curfew has been put into effect by authorities until 7am on Monday.

The Kenosha Police Department said in a statement that cops were responding to a domestic incident at around 5:10 p.m. when they were “involved in an officer-involved shooting.”

The gunshot victim — identified as 29-year-old Jacob Blake — was air-lifted to Froedtert Hospital and was listed in serious condition, cops said.The shooting incident also prompted Wisconsin Governor Tony Evers to issue a statement denouncing ‘excessive use of force’ by police

“Jacob Blake was shot in the back multiple times, in broad daylight, in Kenosha, Wisconsin,” Evers tweeted. “Kathy and I join his family, friends, and neighbors in hoping earnestly that he will not succumb to his injuries.”

Evers also showed support for the Black Lives Matter movement and called for accountability as unrest began to rattle Kenosha.

“We stand with all those who have and continue to demand justice, equity, and accountability for Black lives in our country—lives like those of George Floyd, of Breonna Taylor, Tony Robinson, Dontre Hamilton, Ernest Lacy, and Sylville Smith,” he wrote.

Jacob Blake was shot in the back 7 times. This is what they’re doing in Kenosha.

Unarmed. And was breaking up a fight. But he gets shot.

This was a shoot to kill. And yet, people will still try to justify this.