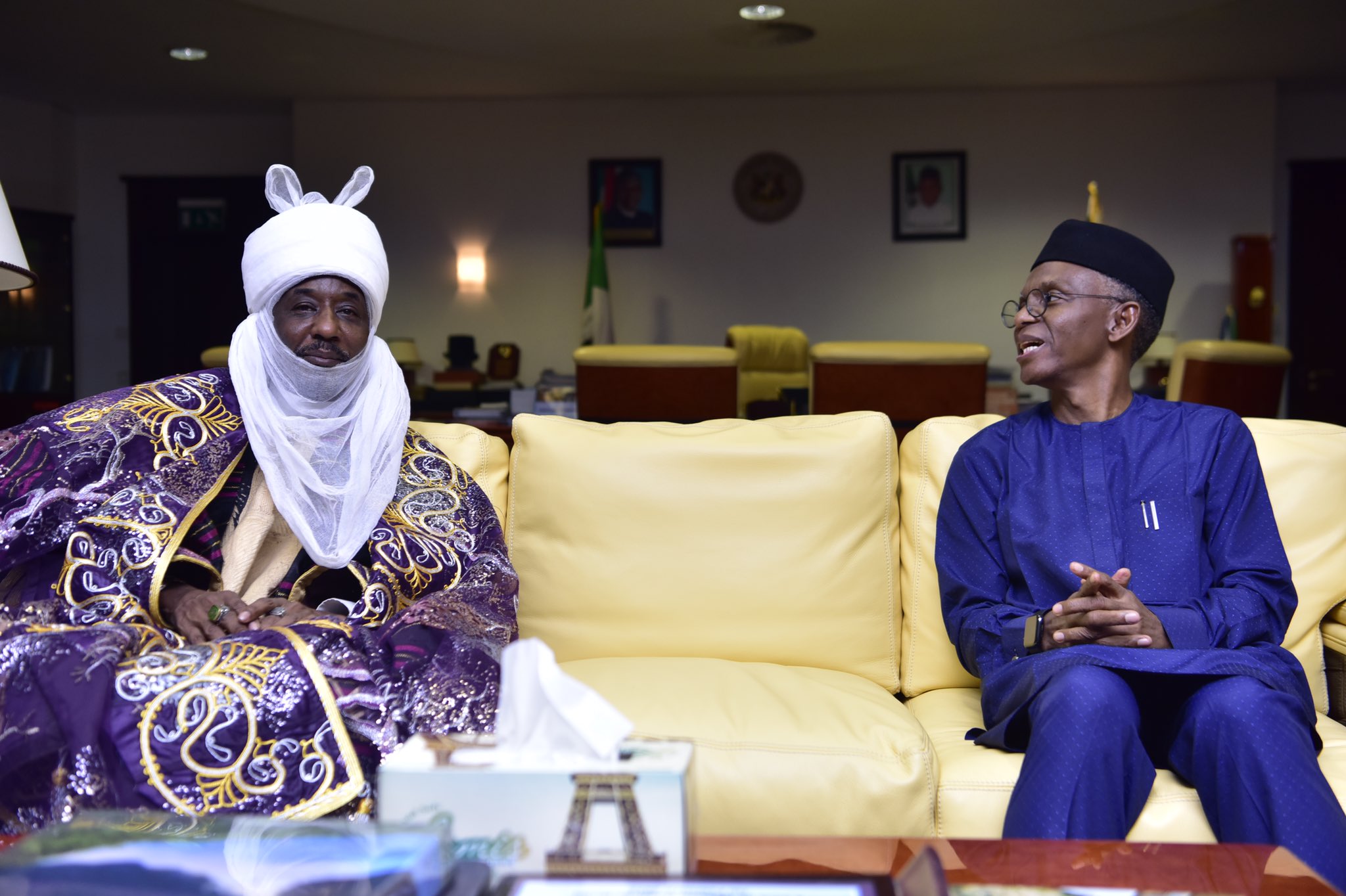 The former Emir of Kano, Sanusi Lamido Sanusi has condemned the decision of the Nigeria Bar Association (NBA) to drop Kaduna State Governor, Nasir El-Rufai from its list of conference speakers.

In his reaction on Sunday, Sanusi noted that the legal practitioners have lost a great opportunity to interact with a knowledgeable person by dis-inviting El-Rufai.

This, the former governor of the Central Bank of Nigeria (CBN) stated while speaking with newsmen after his visit to the Kaduna State government house on Sunday where he met the Governor.

Naija News recalls El-Rufai’s name was dropped from the list of conference speakers following the protest by some lawyers who threatened to boycott the conference if the Kaduna State governor remains on the list over cases of insecurity in some parts of the state.

However, Sanusi noted on Sunday that El-Rufai should have been allowed to defend himself even if the lawyers had a different opinion about current happenings in the state.

He added that the lawyers by their action, lost an opportunity to share and cross-fertilize ideas on issues of governance as well as other important issues.

“If you disagree with someone, having him in your hall and telling him your view is the best and he can defend himself. And if they’re things he needs to improve, he’ll take them on board and if they’re things you don’t know of, you’ll be better informed. I think NBA has lost an opportunity to interrogate the Governor and collectively rub minds to identify areas that need to be addressed for the purpose of governance,” he stated.

The former CBN governor also cautioned that the matter should not be allowed to degenerate into a religious debate but maintained that El-Rufai would have added value to the conference and debate with his presence.

“That’s the best way, I think to handle matters like this but then again, I’ve seen the response from different part of the NBA, I hope this isn’t turned into an ethnic and religious matter, it should be a matter of principle and I really think it’s their loss, if he was there, he will add value to them,” he said.

“If you don’t want ‎to be controversial, you just be flexible, just flow with the wind and nobody knows where you stand. Then you will not have any friends or enemies, as the case may be.”

Naija News earlier reported that a large crowd of people were on hand to welcome the former Emir as he arrived Kaduna through the Nigerian Air Force base where the jet which flew him into the town landed. He later described the Governor as a friend who is always there in his time of need.