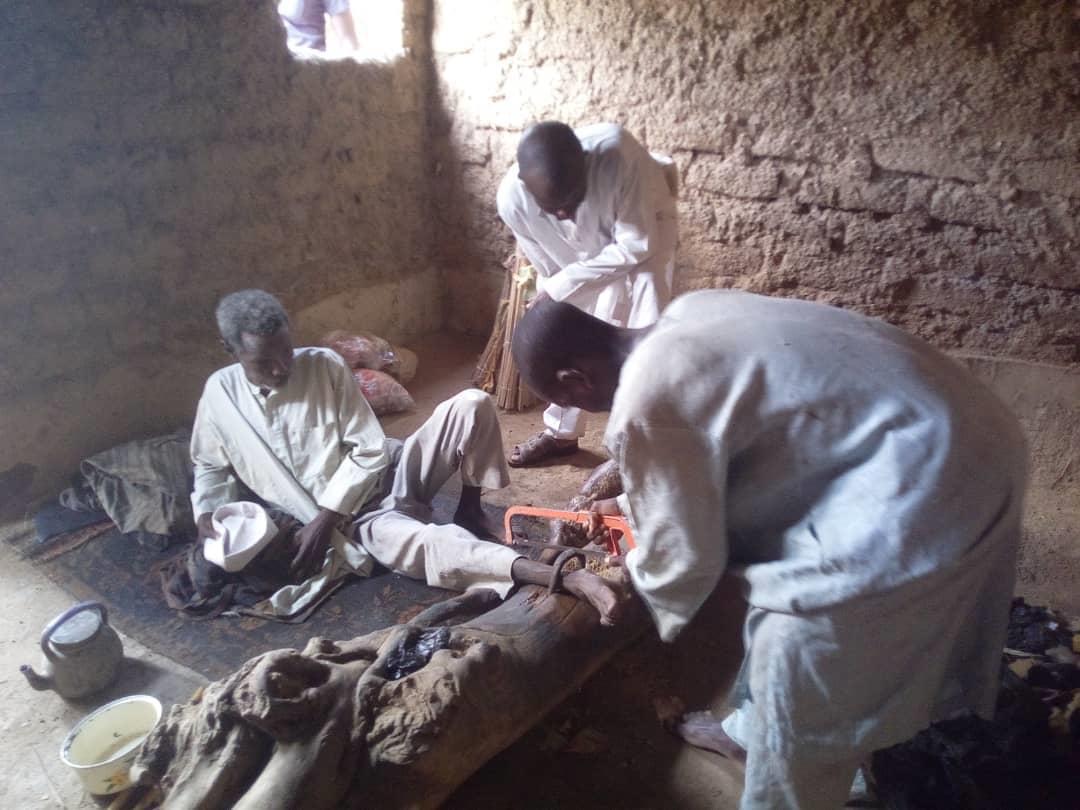 Kano State Police Command in conjunction with the Human Rights Network in the state has come to the aide of one Murtala Muhammad who had been on-chain in a spot for years in the state.

According to reports, the 55-year-old victim has been chained and locked for 30-years in a room over health challenges.

The man who is a resident of Kofar Fada in Rogo Local Government Area of ​​the state on Thursday, August 20 expressed his gratitude after the rescue team destroyed the chain on his leg and set his loose.

Speaking on the operation which led to the rescue, the Executive Director of Human Rights Network, Kano State, Comrade AA Haruna Ayagi said the victim was 25 years of age when he was locked up in the house.

Meanwhile, Ekiti State Command of the Nigeria Police Force (NPF) has arrested a lady who plotted her kidnap to extort money from her parents.