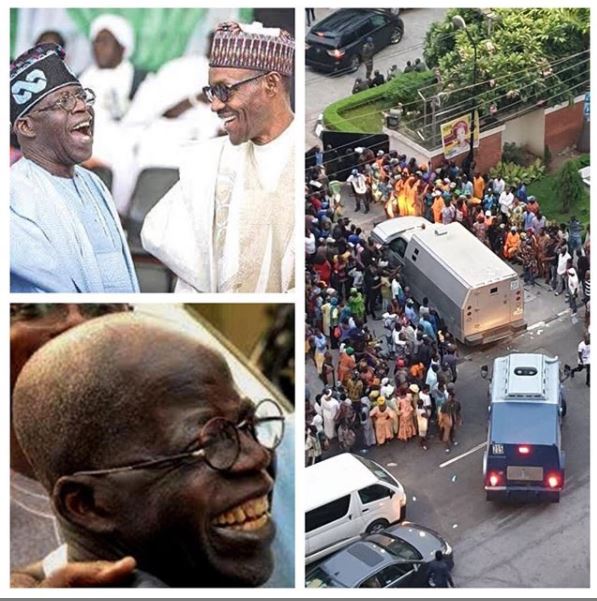 The petition on Change.org alleged that national leader of the ruling party, APC, committed criminal offense by using bullion vans to convey large cash to his Ikoyi, Lagos home during the 2019 presidential election.

The petition reads: “Calling for the Economic and Financial Crimes Commission (EFCC) to investigate Bola Tinubu for contravening the Money Laundering (Prohibition) Act of 2011, by having bullion vans ferry alleged large sums of money into his house on the eve of the 2019 Presidential election.

“Dear citizens of Nigeria, Let’s take our country back by signing this petition to compel the EFCC to investigate and prosecute Bola Tinubu for contravening the Money Laundering Act, by ferrying bullion vans into his house.

The petitioned launched on Thursday about 6 hours ago has almost reached the 2,500 signatures target as at the time of this report.

In February, 2019, viral pictures on social media showed the two bullion vans being driven into Tinubu’s residence in Ikoyi, as many people looked on outside the premises.

Last week, 4 million Nigerians voted on #BBNaija. I appeal to some of those 4 million Nigerians. Please, care enough about Nigeria to sign this petition asking EFCC to investigate Bola Tinubu for contravening the Money Laundering Act by ferrying bullion vans into his home. Tinubu thinks he is above the law. He is preparing to succeed General Buhari. Is this the type of leader Nigeria deserves? Will you keep on watching BBNaija, while alleged criminals plot to rule over you? Please sign it via the link in my bio → #EFCCMustInvestigateTinubu