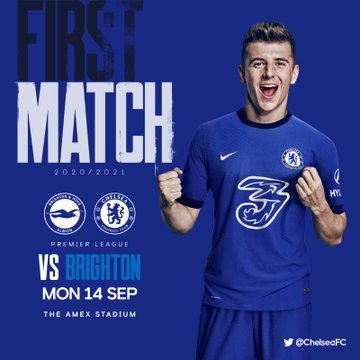 Chelsea will begin their  2020/21 Premier League season on a Monday night, September 14, 2020, with a trip to the South Coast to take on Brighton.

The Blues first home fixture is a mouth-watering clash against the reigning champions Liverpool, scheduled for the weekend of 19 September.

After that clash, Chelsea will head to the Hawthorns to take on newly-promoted West Brom before hosting Crystal Palace at the Bridge at the start of October.

Frank Lampard’s side take on Jose Mourinho’s Tottenham on Saturday 28 November before making the short trip to the Emirates Stadium on Boxing Day to face Arsenal.

Chelsea host the Gunners in their penultimate home game of the season, scheduled for midweek in mid-May, and head to Tottenham on 3 February.