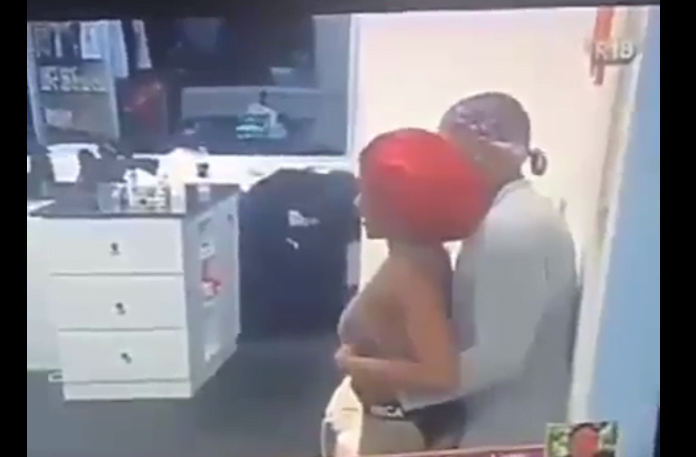 Big Brother Naija Lockdown housemates, Kiddwaya and Erica has been caught on camera having a sexual play.

In a now-viral video on social media, Kiddwaya was spotted massaging Erica’s breast on national tv, asking if she wants some boobs enlargement considering her breast size.

Naija News understands that the two have been caught severally on national tv engaging in sexual activity. The Wednesday morning event, however, took a new shape after this week’s Head of House was caught on camera palpating the female housemate’s breast.

This is coming after a previous video shows the duo having sex under the duvet.

“What size are you,” Kiddwaya asked as he fondles Erica’s breast at the watch of other housemates whose voice could be heard cheering in the background.  Replying, Erica said “B.”