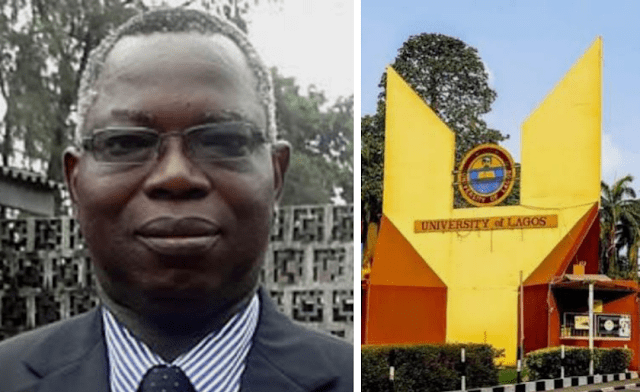 Soyombo, who had earlier been warned by the Academic Staff Union of Universities (ASUU) UNILAG chapter that the position of VC was not vacant.

Soyombo however addressed the workers on Monday saying, he had resumed effectively as the acting vice chancellor.

“I have resumed effectively as the VC and I hereby solicit the support of every member of staff, so we can work together and discharge our duties peacefully for the interest and progress of UNILAG,” he said.

It was gathered that policemen from the Apapa division were deployed in the institution to maintain peace and order.

Soyombo takes over following his appointment by the governing council of UNILAG led by the institution’s pro-chancellor Wale Babalakin.

Prof Oluwatoyin Ogundipe was removed from his position as VC over allegations of misconduct and he has since indicated his decision to seek redress in court.