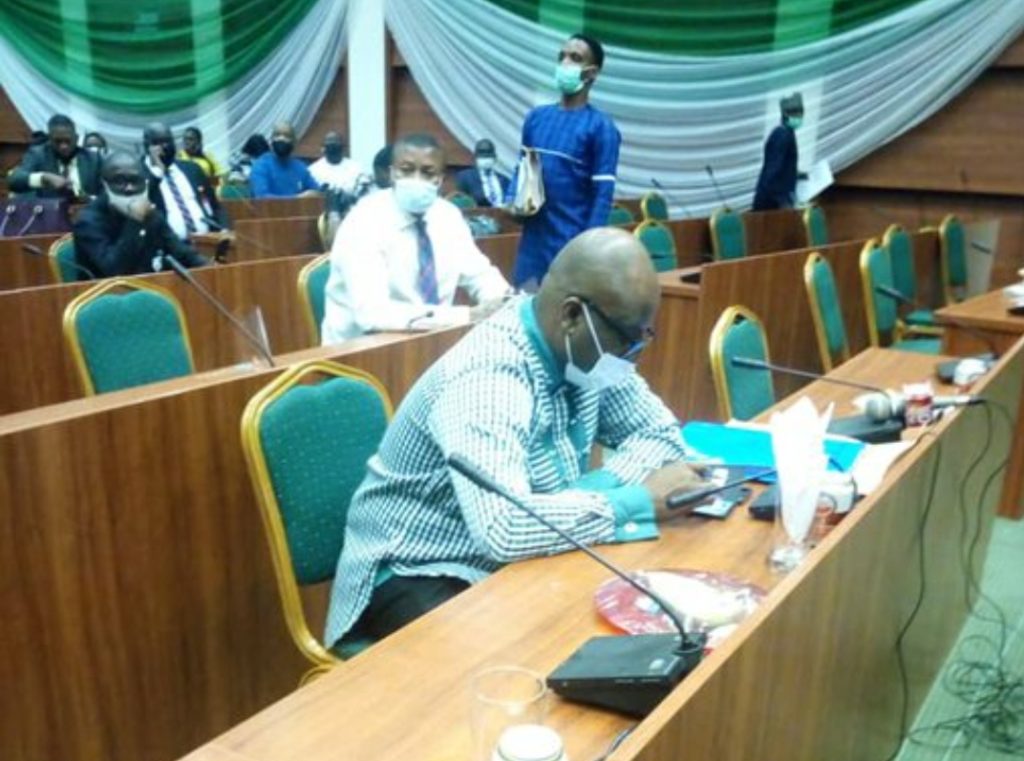 Acting Managing Director (MD) of the Niger Delta Development Commission (NDDC), it, has said it is absurd and wicked for people to think he was acting when he fainted.

Naija news recalls that Pondei fainted while being questioned by lawmakers over allegations of corruption on July 20th, 2020.

He was however revived after scores of NDDC officials including Dr Cairo Ojuogboh seated close to him promptly came his rescue.

Pondei was however ferried out of the venue of the investigative hearing chaired by the chairman of the House Committee on Niger Delta, Olubunmi Tunji-Ojo at about 1.0 pm, The Guardian reports.

Before he fainted, Prof Daniel Pondei, was answering questions on the alleged misuse of funds in the NDDC.

Speaking in an exclusive interview with Vanguard, Pondei spoke on the events surrounding the particular incident, as he reiterated that he wasn't acting.

The acting managing director also expressed shocked that people thought he was acting when he fainted.

"I had an unexplained, unexpected health challenge. It is ridiculous to think that people believed I was acting. I would not pray for anyone to experience what I went through. I do not run from issues. I have put all that behind me.