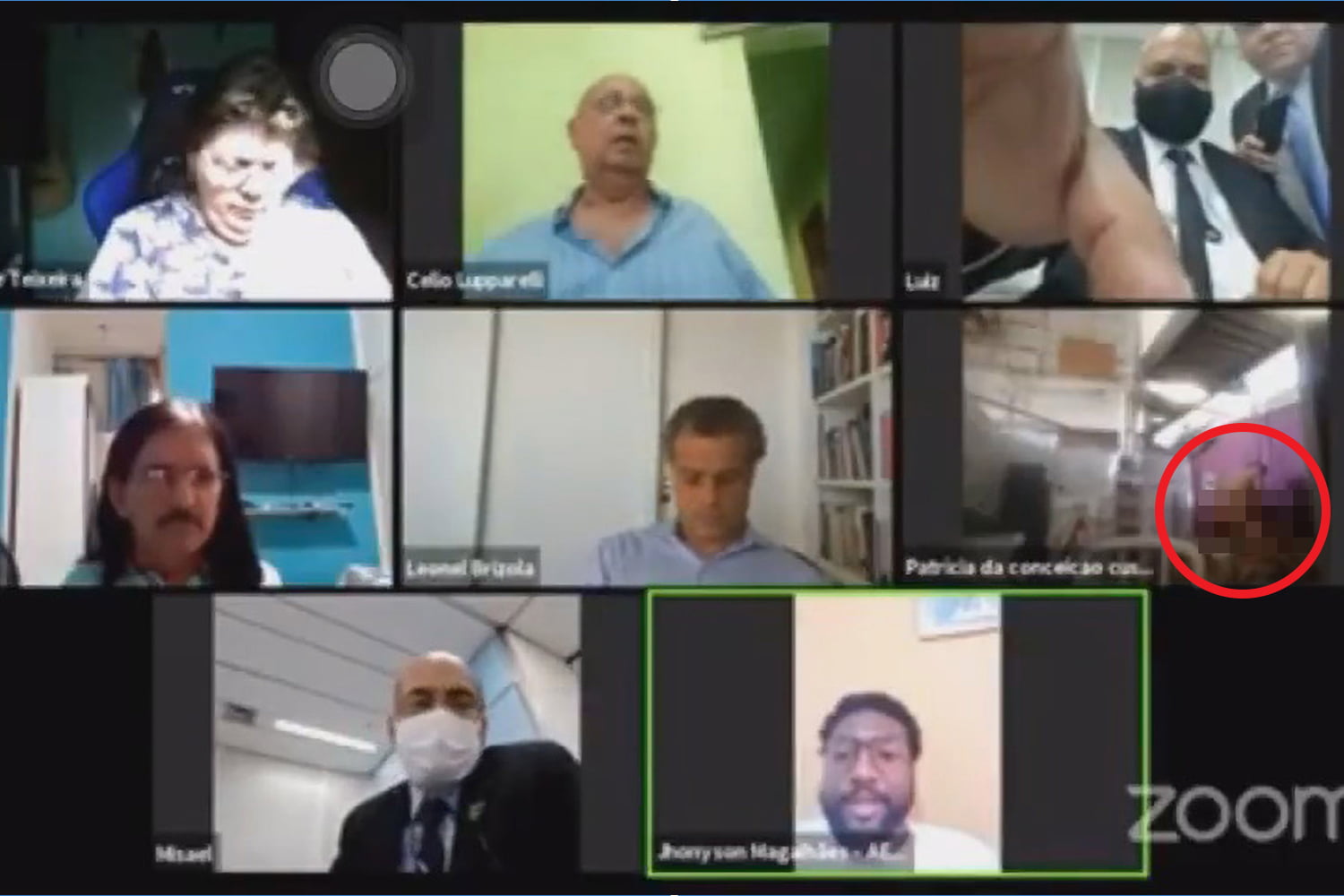 A virtual city council meeting in Rio de Janeiro, Brazil almost end abruptly after a couple were caught on live camera having full blown sex during the Zoom meeting.

Naija News understands that couple whose photos has now gone viral on the internet forgot to turned off their camera during the act which was done at the time of the virtual meeting.

Reports had it that the council meeting organised by the city council of the city of Rio de Janeiro was about the Rights of Children and Adolescents. The meeting was reportedly chaired by a member of the Socialism and Liberty Party, Leonel Brizola.

Sources confirmed that the committee meeting which ended with mixed reactions was to deliberate on how to guarantee food for students in the municipal system during the pandemic.

Naija News observed that the staff member who was supposed to be live in the meeting was spotted on a bed, naked with his companion beside him before they began to have sex in full view of the camera while the board members watch in amazement.

According to reports, “the councilors involved in the meeting noticed the sex act but decided to ignore it and continue to discuss the matter at hand.”

Speaking about the occurrence, Brizola said “the episode was an ‘involuntary indiscretion’, he regretted that the actual topic of the meeting was not being highlighted in media reports.

“As soon as we noticed what was happening, we immediately asked the people controlling the audio and video of the participants to take it off the feed,” Brizola noted.

“Us councillors and other participants do not have any input in controlling or editing videos on Zoom.”

However, it could not be ascertained if the staff member involved in the sex act was been punished for the awful and shameless act.

This is coming barely three months after a Mexican lawmaker mistakenly dropped off her clothes during a live meeting with other honourable colleagues, thinking she has shut down the conversation, Naija News reports.