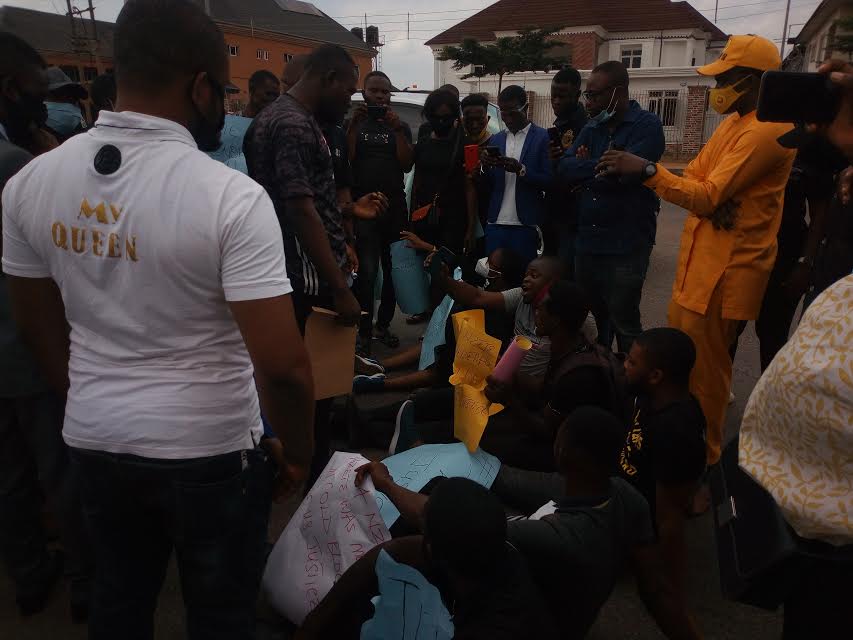 It has been reported that Nzete Patrick, a 500-level student of Electrical Engineering of the University of Port Harcourt (UNIPORT) is dead.

According to the report monitored on THE PUNCH by Naija News, the young man was killed by a stray bullet coming from a communal clash at a quarter of Ogume town in the Ndokwa West Local Government Area of Delta State.

The incident reportedly stirred up a massive protest by students in Delta State, on Monday, August 17 leading to temporarily halting of socio-economic activities in Asaba, the capital city of the state.

Naija News leant that Nzete returning from church on Sunday, August 16 when he was hit the stray bullet. The students, who took to the streets of Asaba to protest over the incident demanded that those behind the uncalled killing of the undergraduate student should be brought to justice.

Mr Godwin Saturday, the President of NADESSTU who spoke with newsmen at the Delta State Government House gate, condemned the act, noting that Nzete would have become a graduate if not for the COVID-19 pandemic which halted academic activities for months now.

Meanwhile, a school teacher has been sentenced to 2 years and two-month imprisonment in Plateau State over alleged breach of trust and theft, Naija News reports.