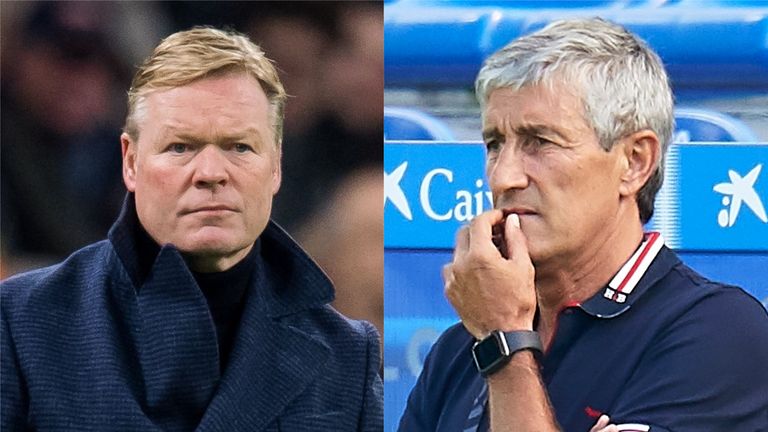 The Spanish football club, FC Barcelona has officially announced that Quique Setien is no longer her first-team coach, noting that it would declare her new coach soonest.

Naija News understands that the decision was coming following a humiliating 8-2 defeat to German professional football club, Bayern Munich. Setien who only joined Camp Nou in January 2020 as the first coach of the Spanish club is now sacked after he could not secure a win for the Catalans against Munich in their Champions League Quarter-Final clash.

According to a statement monitored on the official website of the club by Naija News, the restructuring of the club’s first squad will be declared after agreement between the club’s current technical secretary and the new coach.

It stated further that the identity of the new coach will be unveiled in a few days from now.

The statement reads; “The Board of Directors have agreed that Quique Setién is no longer the first-team coach. This is the first decision within a wider restructuring of the first team which will be agreed between the current technical secretary and the new coach, who will be announced in the coming days.”

The statement added, “Quique Setién came to Barça as a coach on 13 January of this year. During his seven months in charge the Cantabrian coached the first team in 25 matches: 19 in the league, three in the Champions League and three in the Copa del Rey.”

However, a report by SkySports has alleged that Holland manager, Ronald Koeman is expected to replace Setien as Barcelona’s first-team coach.