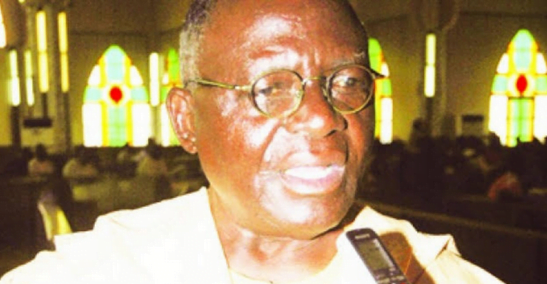 Chairman of the Southern Kaduna Elders Forum, SKEF, Zamani Lekwot, during a conversation with newsmen after the weekly protest and prayer session held at the ECWA Church, Narayi High Cost in Kaduna, revealed that the genesis of the killing was a dispute over the relocation of a market.

According to the Kaduna indigene, while reacting to the review of a death sentence handed to him and six other persons over the 1992 crisis that rocked Zangon Kataf, his existence could only be determined by God.

Lekwot said only God can determine if he lives or not, “not those craving for violence under the current democratic dispensation,” he noted.

Naija News understands that a tribunal had been set up by former military President, Ibrahim Babangida to revisit the 1992 crisis which resulted in the loss of lives and properties in Kaduna State. The tribunal headed by Benedict Okadigbo, a former judge, had indicted Lekwot and others whom he sentenced to death.

On his part in the last week, secretary of the Supreme Council of Sharia in Nigeria (SCSN), AbdulRahman Hassan, demanded that the verdict be reviewed. According to him, the execution of Lekwot and others would end the crisis in southern Kaduna.

Speaking further on the Southern Kaduna crisis; the former military governor of Rivers state said; “All religious leaders are expected to preach peace, not hate and religious violence.”

“The killings which took place 28 years in Zangon Kataf was unfortunate, but the genesis was a dispute over the relocation of a market and at the end of the day, a commission of inquiry was set up, and recommendations were made.”

He added, “All of the recommendations have been implemented. So, those referring to it are being clever by half. What we need in the country is genuine tolerance.

“Now by saying what they said they have just confirmed why armed foreign bandits have been imported into our country to destroy our country. How does what they said to address the issues at hand? What is happening in southern Kaduna and other parts of the country is a bad omen for our unity and stability.”

Meanwhile, Kaduna State Governor, Nasir El-Rufai has said that Southern Kaduna leaders are angry because there is no money for them.