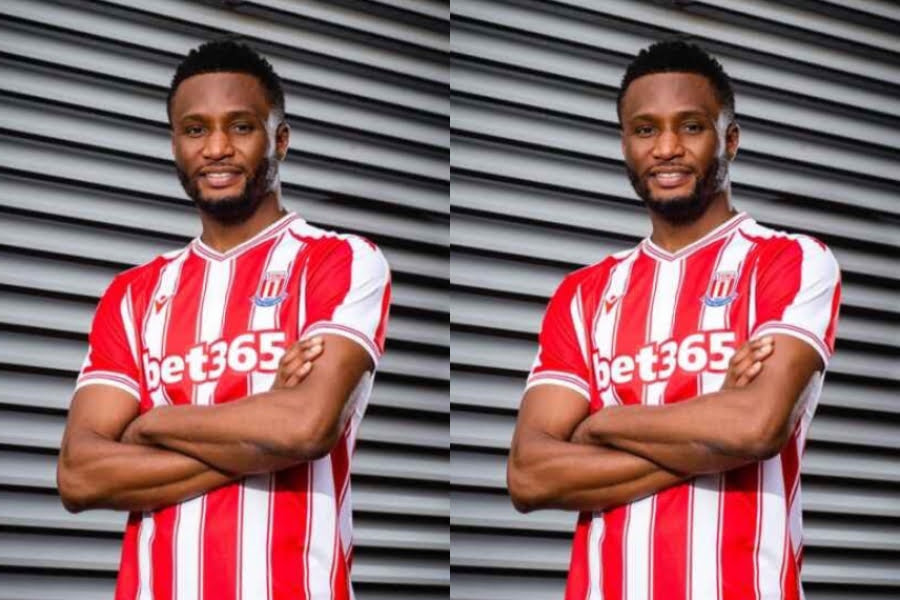 ‎John Mikel Obi has on Monday joined Stoke City, the club has confirmed the new development on Social Media.

Moreover, he happens to be the fourth signing of the summer for the club.

“The Nigerian international midfielder joins Morgan Fox, James Chester and Steven Fletcher in checking in at the bet365 Stadium ahead of the 2020/21 Championship season,” a statement obtained via the club’s website stated.

It was recalled that Mikel, who won a host of domestic and European honours during a glittering 11-year stay at Chelsea, returned to English football, after a spell in the Turkish Super Lig with Trabzonspor.

Manager Michael O’Neill told the club’s website, “We’re delighted to bring John to the Club. His playing career speaks for itself and underlines his calibre as a player.

he outlined what he wants from the next phase of his career.

“We spent four hours talking and he made it clear he wants to get back into the Premier League and finish his career there and hopefully he can do that with Stoke City.”

Mikel made more than 370 appearances for Chelsea, helping them to land the Premier League title twice, as well as three FA Cups, the Champions League and Europa League.

After a spell in China, he played for Middlesbrough after joining them on a short-term deal in January 2019, making 19 appearances. He won 91 caps before retiring from international football following last year’s African Cup of Nations.

On his part, Mikel described joining Stoke as “a new chapter”.

?️ "If I can bring that experience and winning mentality here, then I will be happy."