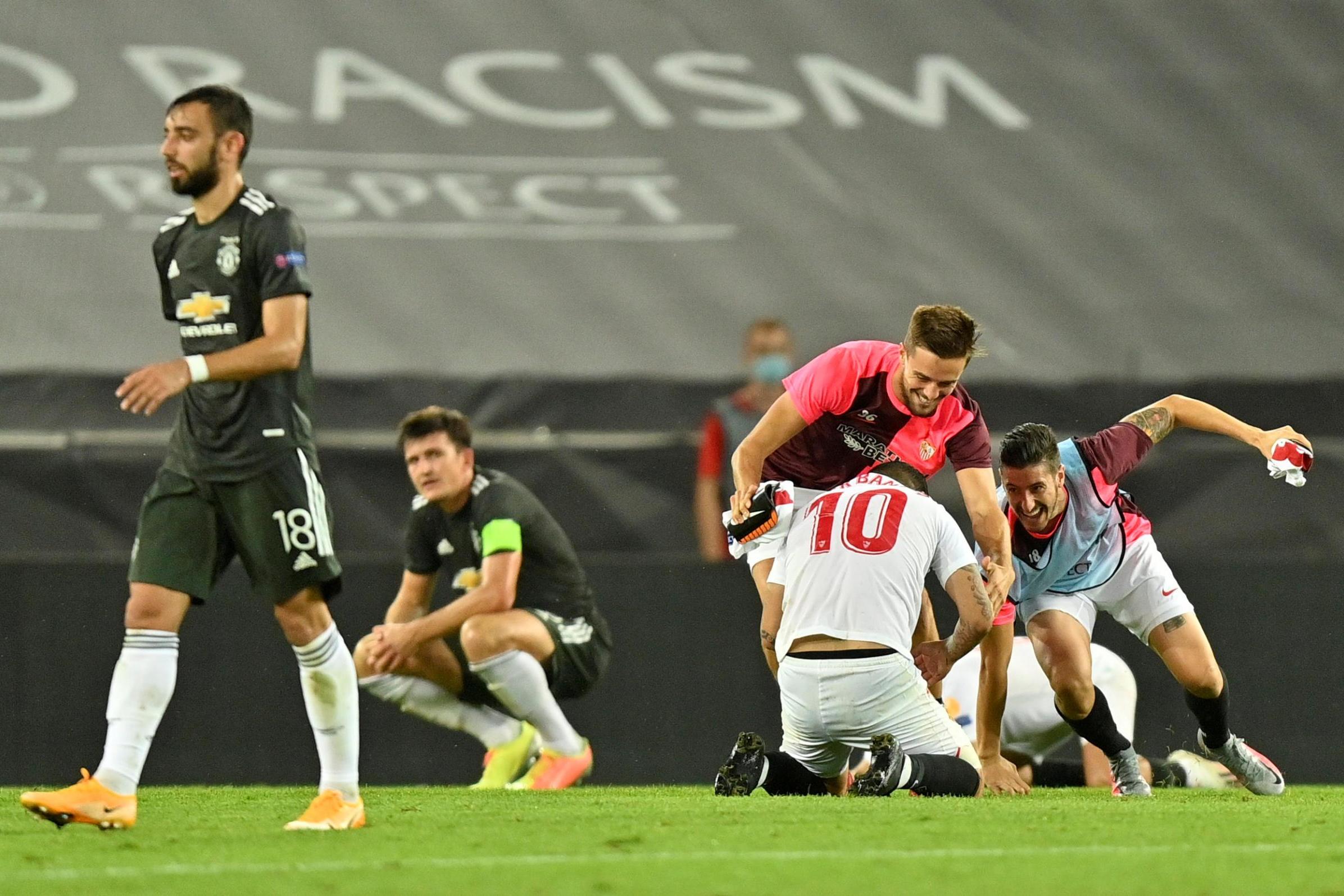 Sevilla recorded a 2-1 victory against Manchester United in their 2020 Europa League semi-final clash which was played on Sunday.

The victory sends the Spanish team into the finals of this year’s Europa League competition where they will now take on the winner of the match between Inter Milan and Shakhtar Donetsk.

Bruno Fernandes had put Man Utd ahead in the 9th minute with a well-taken first-half penalty before Suso equalized also in the first half for Sevilla.

The Spanish team then went ahead to score what proved to be the winner in the 78th minute when De Jong connected with a cross from Navas.

The finals of this season’s Europa League competition is scheduled to be played on Friday.