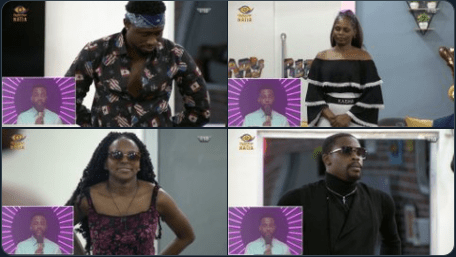 Four BBNaija housemates, Neo, Trikyytee, Wathoni and Kaisha have been nominated for possible eviction this week.

Naija News reports that this was disclosed by the show host Ebuka during the live eviction show on Sunday.

This online news platform understands that the four housemates up for BBNaija eviction are the housemates with the least votes from the voting public from the votes collated by the organizers of the reality television show.

Meanwhile, Big Brother Naija season five is tagged "BBNaija Lockdown". Since the beginning of this season, four housemates have been evicted so far namely, Lilo, Ka3na, Eric and Tochi.

Lilo and Ka3na were the first two housemates to be evicted, followed by Eric and Tochi who were evicted last week.