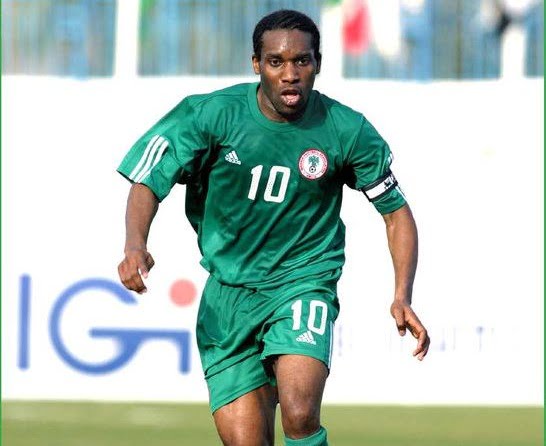 The Enugu State-born football legend was today celebrated by the Nigeria Football Federation, NFF in a tweet on its verified Twitter account. The football association in its Happy birthday message to the former Super Eagles attacking midfielder described Okocha as a magical player.

The tweet reads; “Happy birthday to the magical @IAmOkocha. Too good he was named twice. Have a good one legend!.”

Happy birthday to the magical @IAmOkocha. Too good he was named twice. Have a good one legend! pic.twitter.com/Snusl2X6AK

Naija News understands that Okocha whose parents had lived in Iwo Local Government Area of Osun State, Nigeria got his screen name ‘Jay-Jay’ from his elder brother James, who started playing football first.

Meanwhile, a recent statistic has described Argentine professional footballer, Lionel Messi as the richest footballer in the world – which means he is ahead of Cristiano Ronaldo.