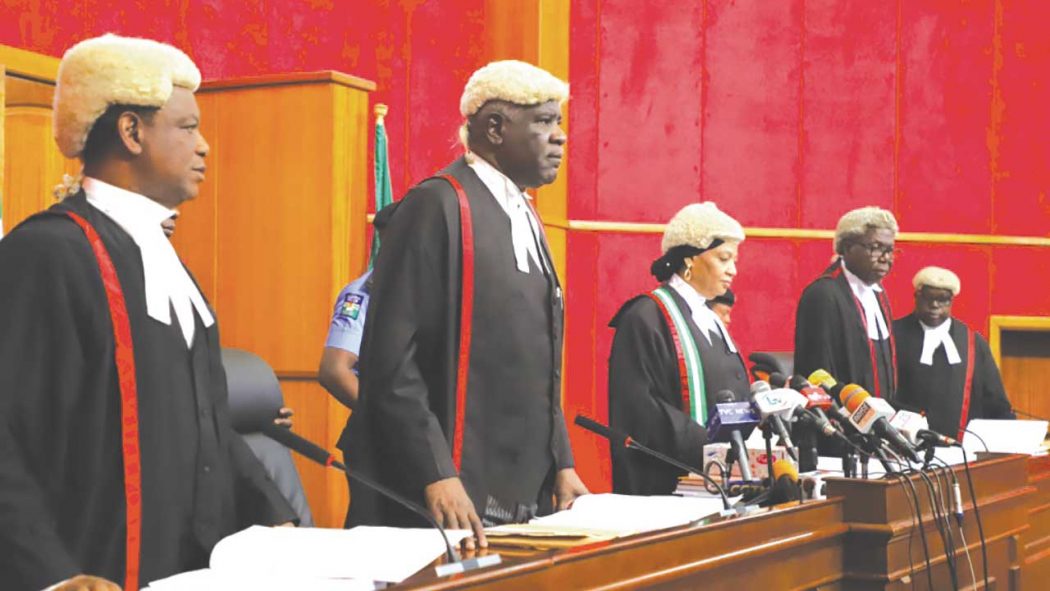 Justice Mohammed Garba, the Chairman of the Presidential Election Petition Tribunal, has been promoted to the Supreme Court.

Garba is the judge who dismissed the petition of the Peoples Democratic Party presidential candidate, Atiku Abubakar against the second term of President Muhammadu Buhari.

The National Judicial Council nominated Garba and three other Justices to President Buhari at its meeting on August 11 and 12, for appointment as Justices of the Supreme Court.

The NJC, in a statement signed by its spokesman, Soji Oye, also recommended 18 others for appointment as judges of other courts.