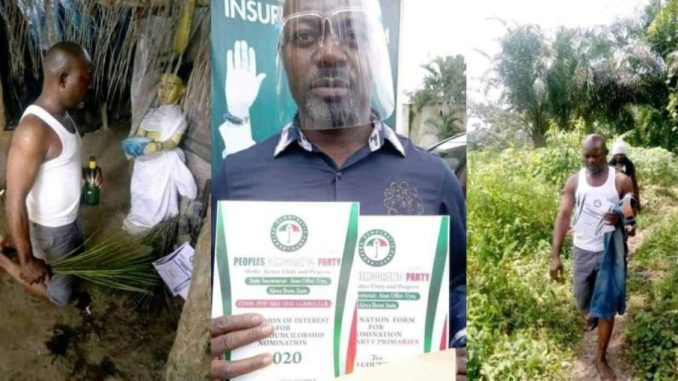 A councillorship aspirant under the Peoples Democratic Party in the forthcoming 2020 Local Government Elections in Akwa Ibom State, Friday Etim Ukim, has taken his nomination form to the shrine for support.

Ukim, an Aspirant of Ward 7 in Urueoffong/Oruko Local Government Area, was spotted in a picture visiting the deity to pray for his victory.

According to Paradise News, the councillorship aspirant, placed the two nomination forms in front of the deity and prayed over it.

He knelt before the deity and prayed with a bottle of gin while holding palm fronds on the other hand as the religion demands. 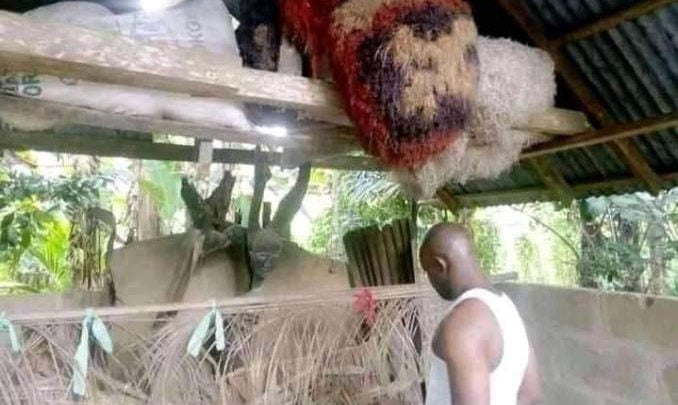