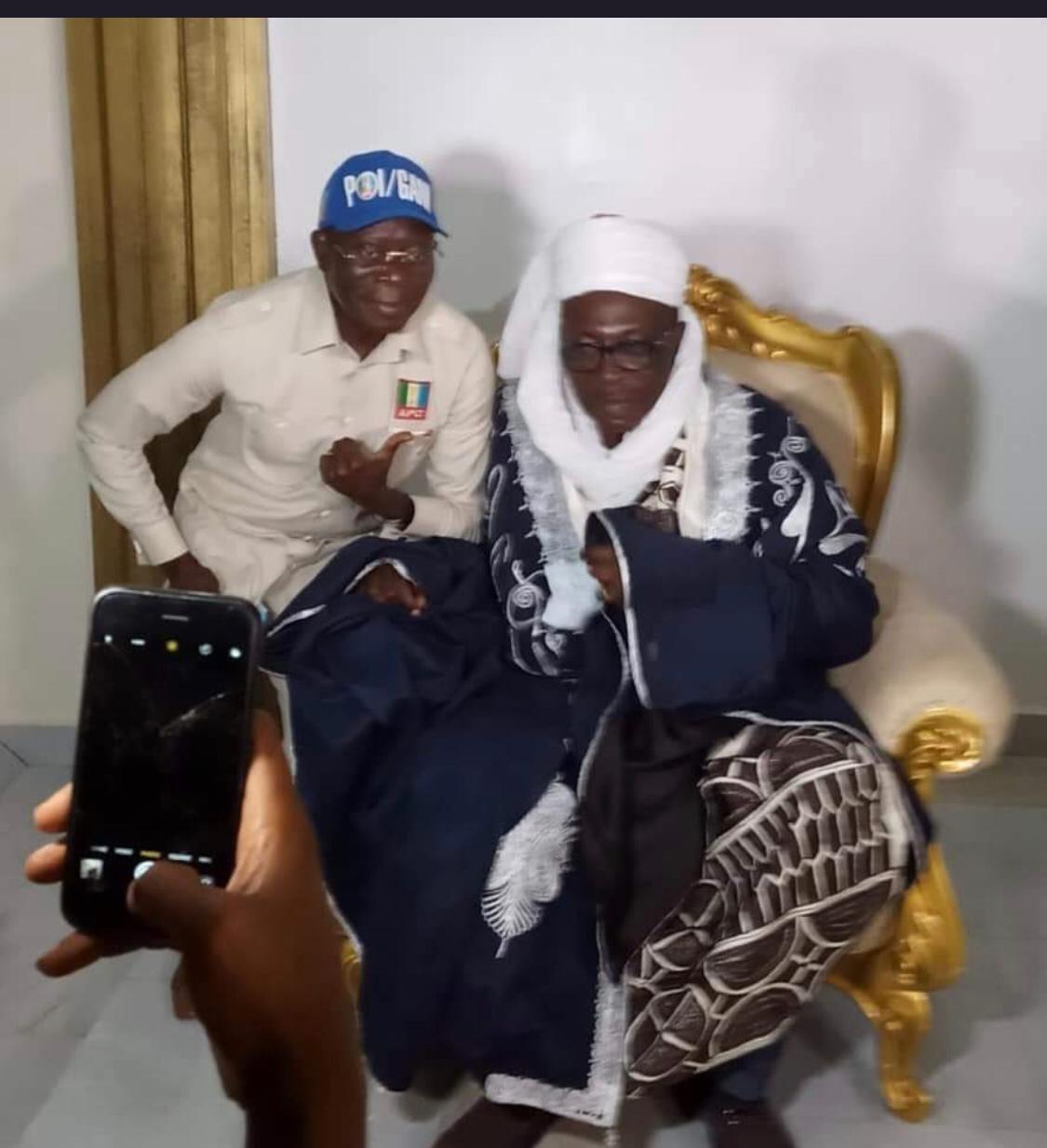 The candidate of the All Progressives Congress (APC) in the forthcoming governorship election in Edo State, Pastor Osagie Ize-Iyamu has been made a laughing stock on the social media over a photoshoot with Comrade Adams Oshiomhole, the former National Chairman of the ruling party.

Naija News understands that the mockery and condemnation came after a photo of the Pastor fully dressed like an Imam was shared on the microblogging site, Twitter.

Babasola Kuti, one among the Kuti’s family on Thursday morning, August 13 took to his Twitter account to post a photo of the APC candidate with the caption “Na only election fit make pastor dress like Imam.”

Recall that Osagie Ize-Iyamu was contesting against the incumbent governor of Edo State and the candidate of the Peoples Democratic Party, Godwin Obaseki.

The above post has, however, caused a barrage of reactions on the bird app as Nigerians laughed Ize-Iyamu, noting that he ridiculed himself to be dressed like that for political gain.

According to Oghene-Hakuna Matata Gem stone [@echecks] who reacted to the post, former Governor of Akwa Ibom, Godswill Akpabio during his term was also turbaned and yet he lost the election.

“Akpabio was turbaned and yet he lost election in the state he governed for 8 years, they should tell Imam Pastor Andrew Osagie Ize-Iyamu to calm down he won’t be any different,” the social media user noted.

Another netizen identified with the username @AinojeOhio mocked Ize-Iyamu and as well blamed people who have declared their support for his candidacy.
She wrote “This guys will never stop.. they think we are completely stupid.. not their fault though.. they still have followers…”

According to @anieowodo, Ize-Iyamu have just rubished his pastoral calling all because of politics game. “Rubbishing his Pastor title/appellation… A con artist will always be a conman!,” the netizen expressed.