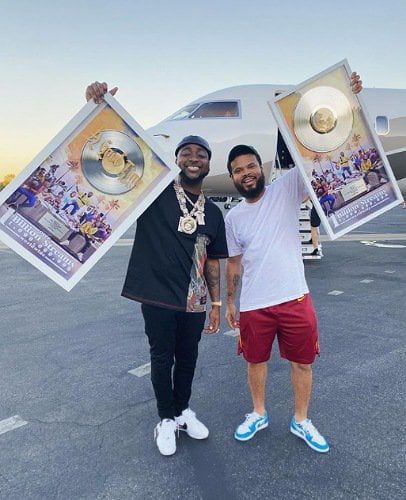 Nigerian  Pop Star, David Adedeji Adeleke, who is better known as Davido, has received an honorary plaque as his album (A Good Time) hit one billion streams worldwide.

Chris Brown also shared another video on his Instagram handle and he was seen with Davido having some nice party time.

His manager, Asa Asika also took to his insta stories to share some videos of the party which took place in Los Angeles.

The plaque according to online speculations, was forwarded to Davido by Sony Music Entertainment as the said album “A Good Time” was marketed under their platform.

A Good Time is the second studio album by Nigerian singer Davido. It was released on November 22, 2019, through Davido Music Worldwide (DMW), RCA Records and Sony Music.

here is the celebration party below