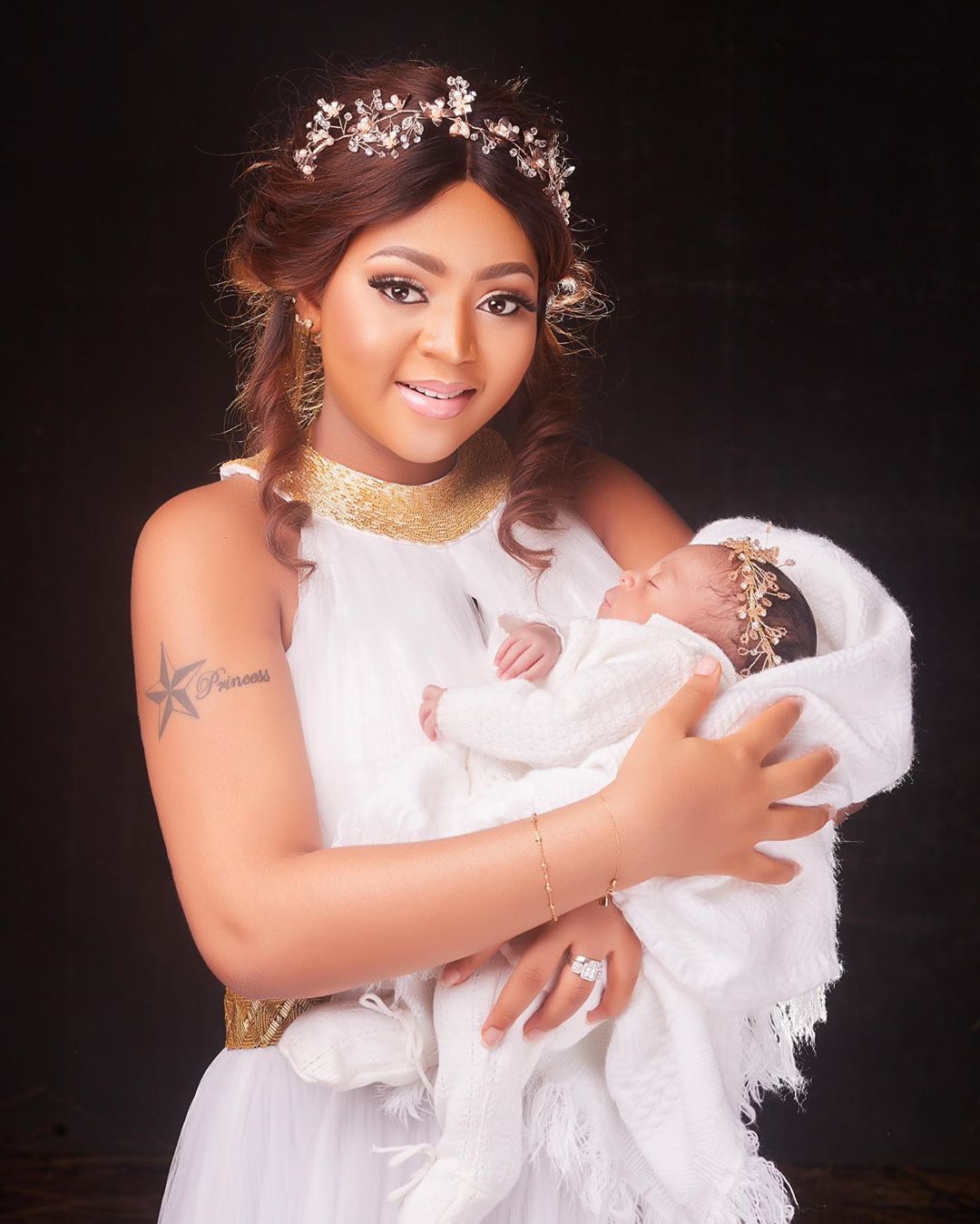 Nollywood actress and film producer, Regina Daniels has been condemned for adorning her newborn child in likeness with Jesus Christ.

Snow Enike Gloria Enamino, a social media user who made the assertion on her Facebook account noted that the actress had dressed her child just as Jesus Christ was adorned.

Naija News understands that Enamino made the statement after a video of Regina Daniels and her son, Munir Neji appeared on Youtube, with the child being dressed with crowns and laid in a manger just like ‘Jesus Christ’ was believed to have been dressed in his time.

According to the netizen, Regina have sinned against God for the act. A statement that have caused commottion on social media.

She wrote; “You have sin against our lord Jesus for dressing your baby like Jesus Christ, is your husband a christian?”

Naija News recalls that a Brazilian court has asked American media-services provider Netflix, to pull down a Christmas movie that portrays Jesus Christ as a gay man, which has provoked widespread condemnation.

According to the  Brazilian judge who ordered Netflix to stop showing the Christmas movie, the right to freedom of expression… is not absolute. Exhibiting the ‘artistic production’… may cause graver and more irreparable damage than its suspension.