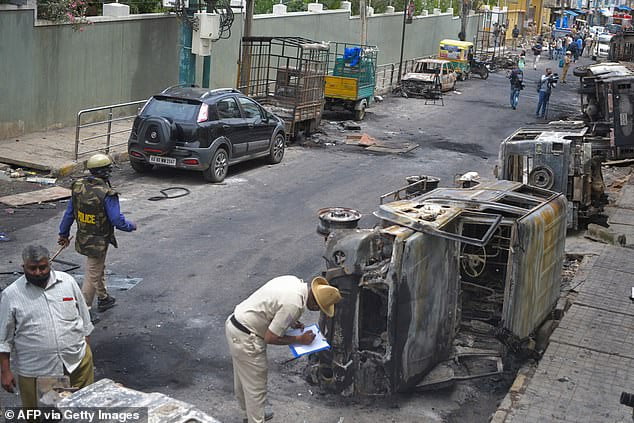 It has been reported of three casualties in India following a social media post about Prophet Muhammad (S.A.W).

According to sources, the trouble started after nephew to a local lawmaker took to his social media account to post a disparaging post about the leader and founder of Islam.

Naija News understands that the alleged social media post has resulted in riots in the Indian city of Bangalore, starting since last night, August 8.

Further findings revealed that about sixty police officers suffered severe injuries after a mob attacked a police station, set ablaze vehicles on fire, and burnt down the politician whose nephew caused the incident.

“Despite elders of the community trying to pacify the crowd, the mob burnt vehicles on the road, they attacked the police station,” said Police Commissioner Kamal Pant.

“The police had no escape and they had to resort to firing and three people died, adding that 110 people had been arrested for alleged vandalism and attacking the police.

Naija News learnt that the incident has led to the introduction of an emergency law prohibiting gatherings in Bengaluru, a city of 12 million people best known as India’s Silicon Valley.

Naija News understands that P Naveen, the young man who stirred the riot with his offensive post has been arrested and the ‘derogatory’ post has since been deleted.

Naveen who is said to be a relative of Congress MLA R Akhanda Srinivas Murthy later claimed that his social media account was been hacked and that he would file a complaint.

See some photos from the location where the riot started below; 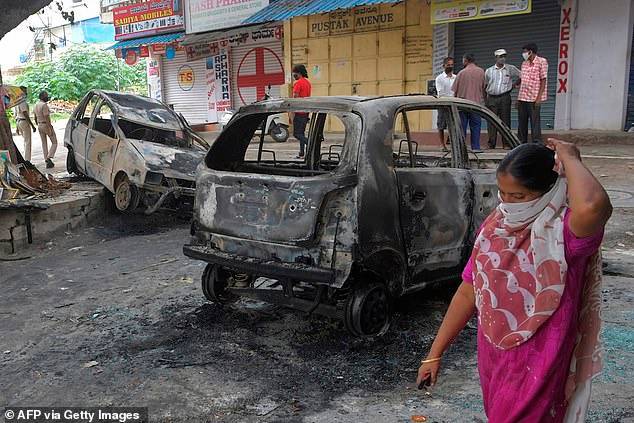 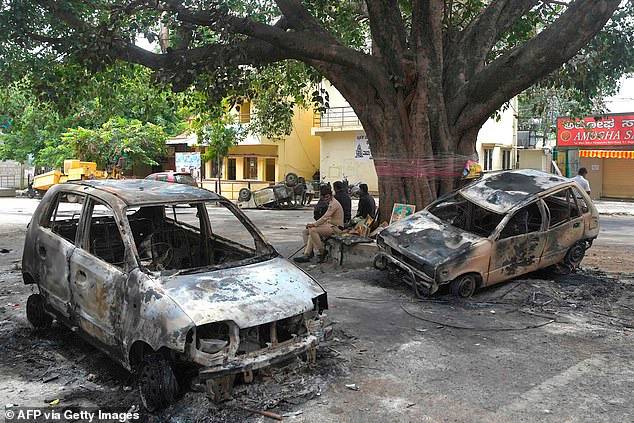 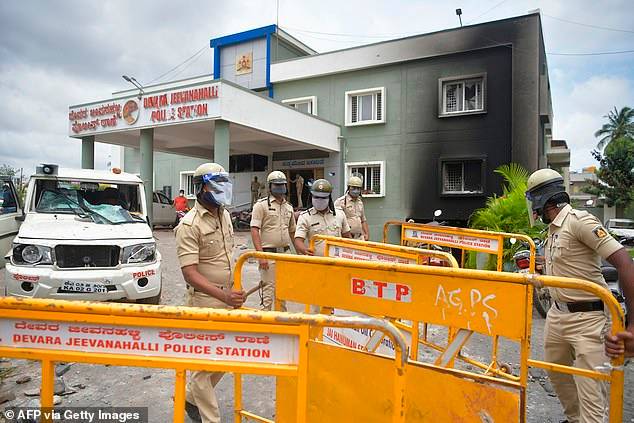 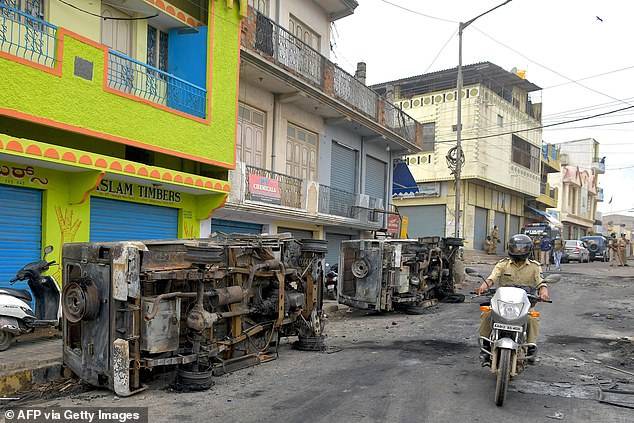 In another news earlier, a 55-year-old Stephen Gallagher has been sentenced to life imprisonment after for stabbing his father, 76-year-old Thomas, to death during a heated argument over their broadband speed connection.