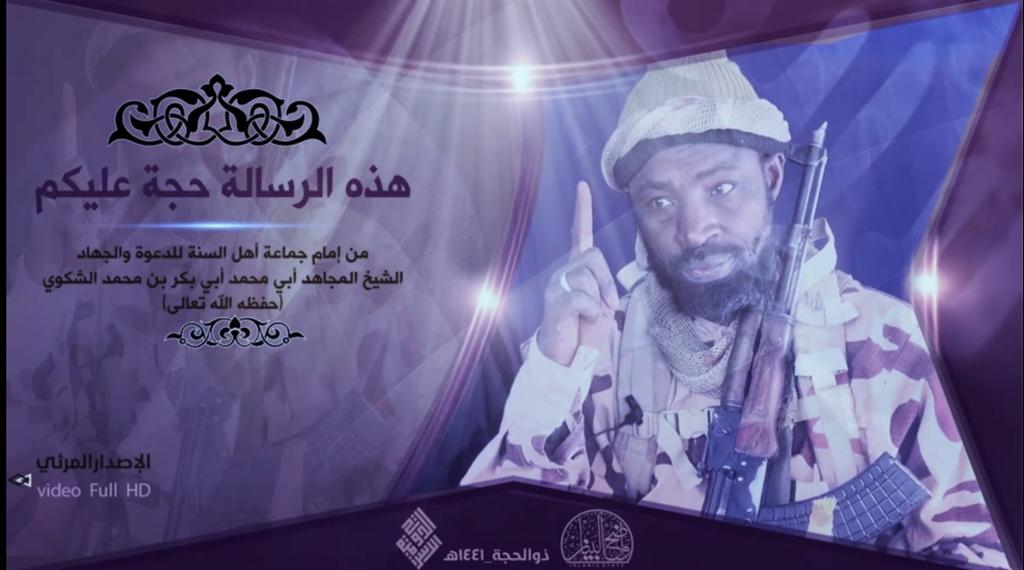 Leader of the dreaded terrorist group, Boko Haram, Abubakar Shekau has condemned a ruling by an Upper Sharia Court in Kano State, which sentenced a young musician identified as Yahaya Sharif-Aminu, to death for blaspheming Prophet Muhammad, HumAngle reports.

The death sentence issued on Monday, August 10 has, however, sparked reactions and condemnations by concerned Nigerians who faulted the said Sharia Law that permits the punishment.

Against the Sharia Law which guides the lifestyles of Muslim faithful, Boko Haram leader, Abubakar Shekau has reportedly in new audio yet to be made available to the general public condemned the Kano State court ruling.

According to Shekau, “there is no difference between the ‘blasphemer’ and those who sentenced him to death.”

See below the report as tweeted by HumAngle today;

JUST IN: Abubakar Shekau, in a new audio, has condemned the Kano State death sentence. According to the embattled #BokoHaram leader, there is no difference between the 'blasphemer' and those who sentenced him to death. More details coming soon. pic.twitter.com/mpENRoSEaj

This is coming after Bello Shagari, a grandson of a former Nigerian President, Shehu Shagari, warned Christian believers to be careful in meddling with matters that concerned Muslims.