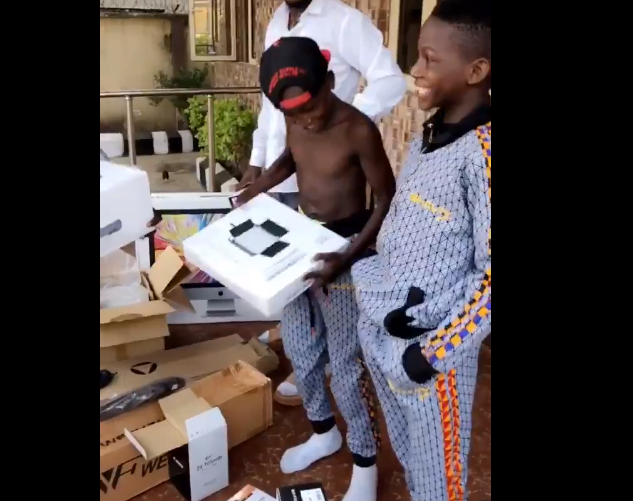 Naija News understands that the group which comprises young creatives on Wednesday, August 12 received from Netflix series of gadgets that would help them in their productions.

It could be recalled that Ikorodu Bois in June 2020 received an invitation to the premiere of “Extraction 2” by the Russo Brothers. This is following their remake of the trailer of the action movie which has since garnered over 4 million views on Twitter, Naija News understands.

The group on Wednesday, took to their social media page, Twitter precisely to share a video showing gadgets which include cameras, Apple computers and other equipment received from Netflix.

Again in expression of their gratitude, Ikorodu Bois took to their Instagram page to say; “Netflix! Thank you. You guys are amazing, we’ve received the gift, we love it!… Sir @kunleafo we would love to say a very big thank you as you received us with open arms and for also giving us the opportunity to better our crafts and for also deciding to be a Mentor to us, and for the scholarship program as well, we want you to know how much we appreciate this sir, you are a father and we are ready for the father-children tutelage from you sir.”

“We look forward to having you as a pillar and uplifting hand in our endeavour and growth.

Meanwhile, the list of the highest-paid actors in the world for 2020 has been released by Forbes and Dwayne Johnson, popularly known as the Rock, American actor and World Wrestling Entertainment, WWE, veteran top the list.