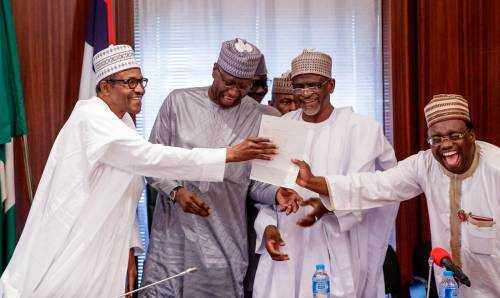 The Federal Government through the Federal Ministry of Education (FMoE), says it has not been briefed on the purported removal of Vice-Chancellor of the University of Lagos (UNILAG) Prof Oluwatoyin Ogundipe.

Naija News understands that reports had emerged earlier, saying that the UNLIAG VC has been sacked from office by Governing Council of the university.

However, reacting to the purported sacking of the UNILAG VC, the Federal Ministry of Education in a statement issued by its spokesperson, Ben Goong, in Abuja, said while the ministry awaits proper briefing from the university authorities, it must be reaffirmed that the council has the power to hire and fire.

The Ministry in the statement, however, said that due process must be followed in doing so.

It reads: “My dear colleagues, the Federal Ministry of Education wishes to state that it is yet to be briefed on the developments at the University of Lagos regarding the purported removal of the VC.

“While the Ministry awaits for the proper briefing from the university authorities, it is important to reaffirm that council has the power to hire and fire but that due process must be followed in doing so.”

Meanwhile, the purported sacking of the UNILAG VC from office was announced in a statement by the Registrar and Secretary to Council, Mr. Oladejo Azeez, in a statement titled: Notice to the General Public on the removal of the Vice-Chancellor of the University of Lagos.

The council based the decision to sack the UNLIAG VC on gross misconduct, financial recklessness among others, a decision which the embattled Vice Chancellor quashed, insisting that he remained in office and that his purported removal was a figment of imagination.