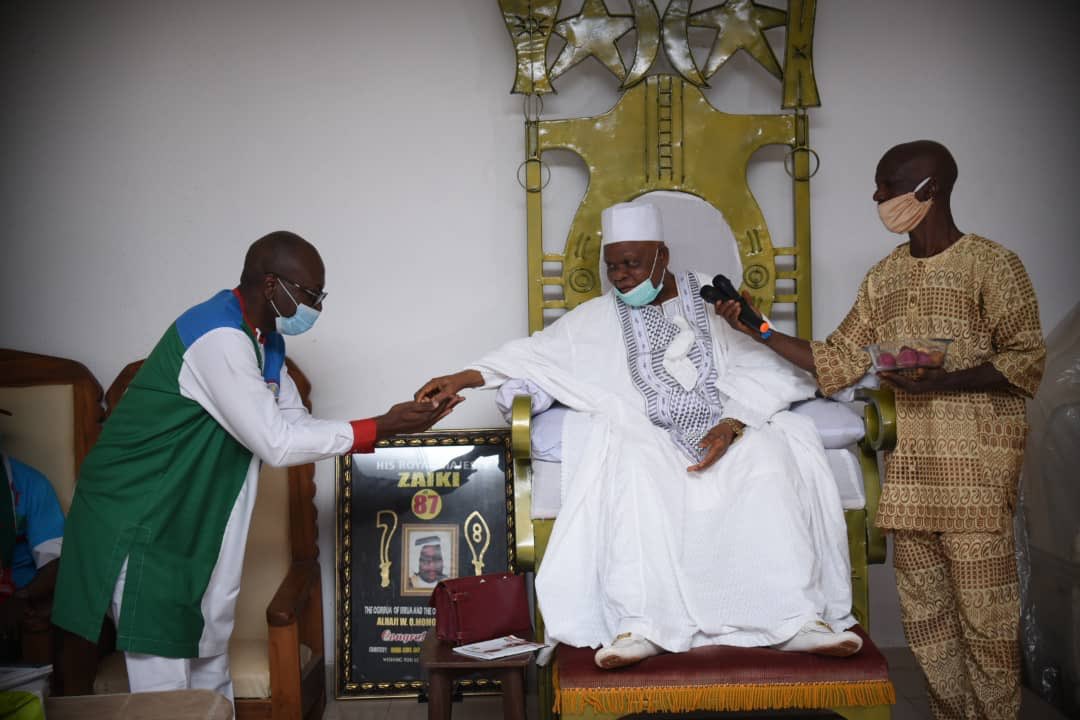 The Ojirua of Irrua in Edo State, HRH Williams Okuagban, Momodu II, has endorsed the Edo governorship candidate of the All Progressives Congress (APC) for the September 19 election, Pastor Osagie Ize-Iyamu.

He gave an open endorsement of Ize-Iyamu by addressing him as the next governor of Edo state.

The king also hailed the governorship candidate of APC for the presentation of his documented manifesto, the SIMPLE agenda,

Speaking further about last week’s invasion and vandalism of the state’s House of Assembly complex.

The monarch described the incident as embarrassing . he also condemned Governor Godwin Obaseki for the crisis that rocked the state.