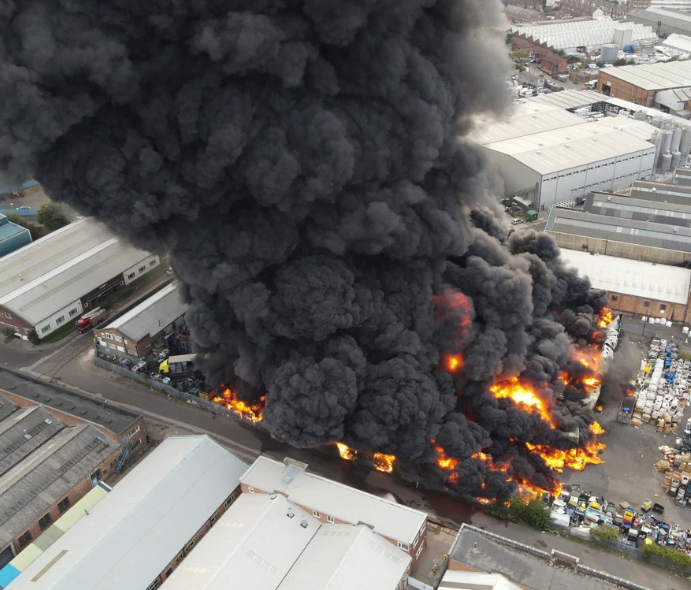 It has been reported of a massive fire outbreak at an industrial estate in Birmingham, United Kingdom.

According to sources, the inferno broke out at Tyseley Industrial Estate in Birmingham on Monday, August 10.

Naija News understands that people residing in the area were dispersed from apartments as more than 100 firefighters have been deployed to conquer the inferno.

The fire outbreak is said to involve plastics recycling company GW Webb Plastics. Speaking on the incident, West Midlands Fire Service said the “severe fire would last late into the night and urged people to avoid the area.”

The fire service authority further warned residents to ensure doors and windows to their apartments are closed to avoid toxic fumes from the fire scene.

“We now have more than 100 firefighters tackling a severe fire at a plastics factory on Tyseley Industrial Estate, Birmingham,” said West Midlands Fire Service spokesman while responding to the explosive fire.

He added, “This incident will last into the night. Please avoid the area and keep windows and doors closed if you live nearby.”

However, the Hazardous Area Response Team from West Midlands Ambulance Service and police officers who visited the scene said it has not recorded any causality yet.