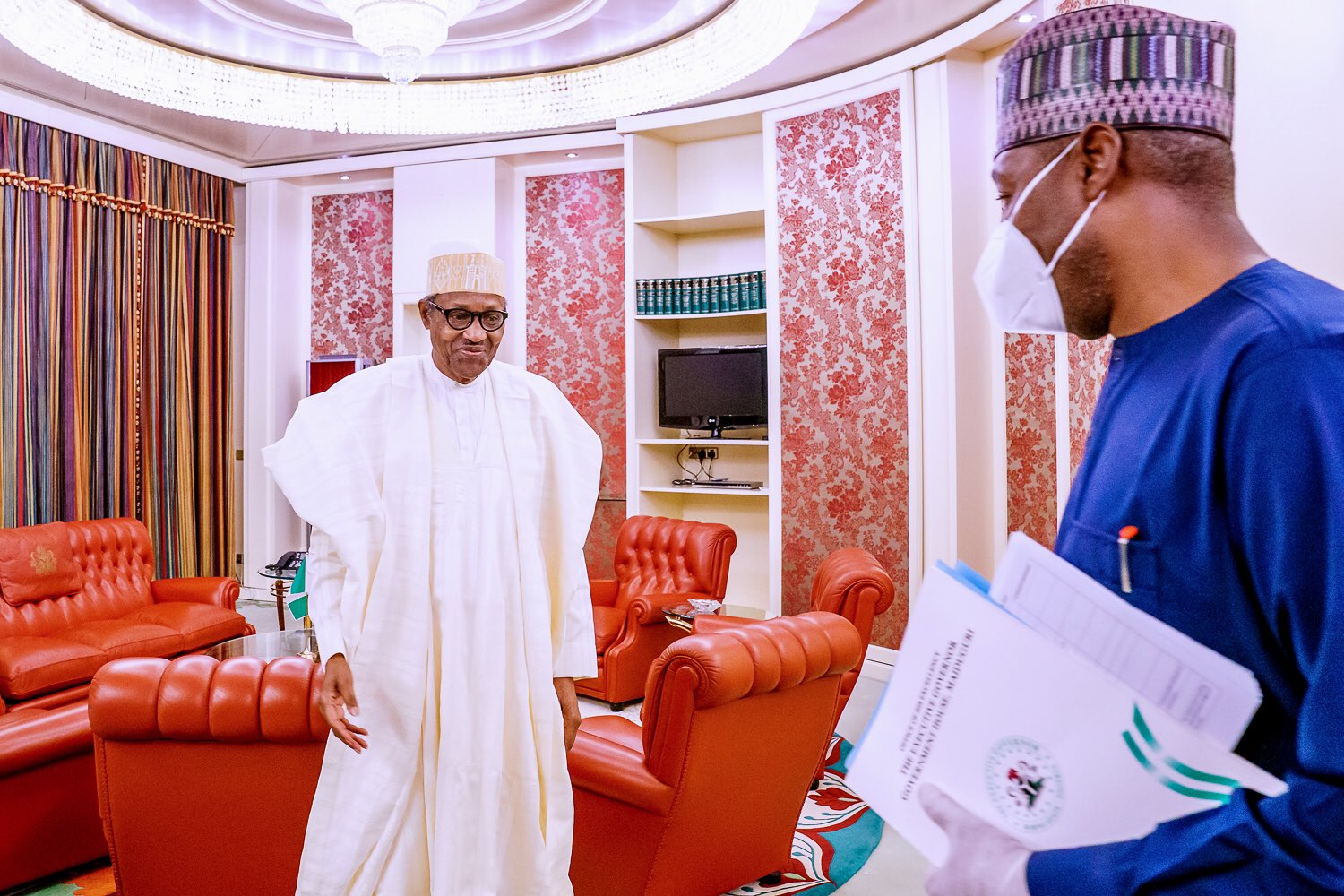 President Muhammadu Buhari may likely overhaul the counter-insurgency operation in Borno and other parts of the North-East after meeting with Governor Babagana Zulum of Borno State.

Naija News reports that Buhari had on Sunday met with Zulum on the security situation in Borno before meeting with the North-East Governors’ Forum on Monday.

It was gathered that Zulum had narrated to President Buhari how he escaped the recent attack on his convoy.

Buhari promised to take appropriate action which might involve a complete overhaul of the security apparatchik in Borno State, it was learnt.

The president reportedly expressed shock over security and intelligence reports on what is going on in the frontline.

“The governor said all that the people of Borno State wanted is adequate security of lives and property which is waning,” a source told The Nation.

“He said his people were fast losing hope that the Boko Haram insurgency can be won unless urgent action was taken.

“He also explained in details how his convoy was attacked on July 29 and the likely intelligence clues for the ambush. He explained how the state has been cooperating with the military and security agencies. It is likely that Boko Haram was not behind the attack on Zulum.

“The governor said his people are after decisive action in order to remedy the situation and for the troops to go back to their winning days.”

The source revealed that President Buhari promised to take appropriate action which can salvage the situation in Borno State and other states in the North-East.

“Now, it is all about the President mustering the will power to address the challenges at hand. Another source said from the security reports available to the President, there might be a likely overhaul of the counter-insurgency operation in Borno and other parts of the North-East.”

The source, who gave insights into the war against Boko Haram in Borno, said: “The real problem is that some top officers and troops have turned Baga into a cash crow by engaging in fish and livestock business. It is from the business that they are getting a lot of money.

“Baga produces 45% of the dry fish being consumed in Nigeria. It also has one of the robust fertile lands in the country where tomatoes and vegetables are grown.

“Some of these officers have bought all the livestock in the area.

“Directly opposite the military barracks in Baga is a huge farmland which a top military officer admitted belongs to him.”