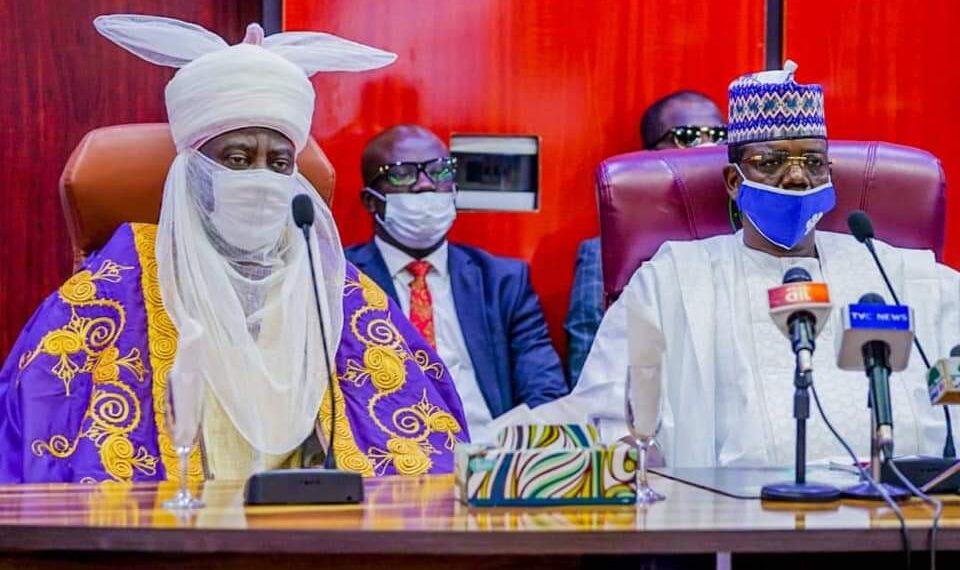 The Governor of Zamfara State, Bello Matawalle, has called on the Emir of Kano, Aminu Ado-Bayero, to use his seat to establish unity in the northern part of the country.

The governor made the call during the emir’s visit to the State House on Sunday, according to a statement issued by the governor’s special media adviser, Zailani Bappa.

Matawalle stressed that the north desperately needs leaders who will unite the people to return to a common political and cultural setting. “Your Royal Highness, the North today is in dire need of leaders who can serve as a rallying point for all its peoples politically, socially and culturally as obtained in the past”, Mr Matawalle observed.

The governor attributed the region’s lack of unity to the lack of respect for traditional rulers. Use your seat to unite in the north – Matawalle to the Emir of Kano.

He recalled that in the past, people respected the traditional rulers for their contribution to social cohesion and peace. “enjoin you and your respected colleagues in the North to institute machinery for working out how to regain our past glory.” Governor Matawalle assured.

Earlier, during the Emir’s visit to the governor, he said he had come to see the other Emirs in the state at this time when he joined the ranks of his predecessors. The Emir commended Governor Matawalle for restoring peace in the state, assuring that his kingdom would pray for peace for the people and the country as a whole.